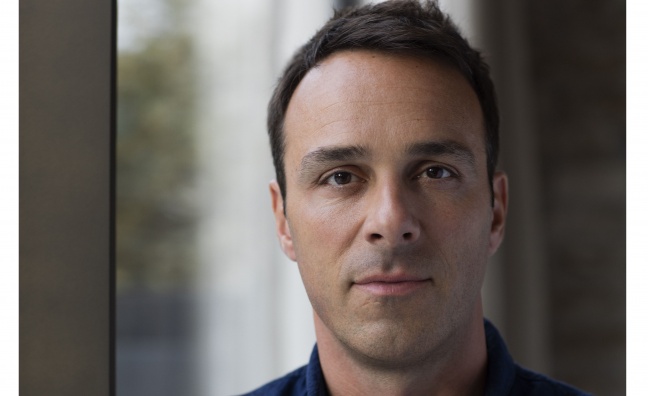 One more sleep. That’s how long the music industry has to wait for the release of the most hotly-anticipated album of the year so far: Ed Sheeran’s No.6 Collaborations Project (Asylum/Atlantic).

Last time Sheeran released an album, March 2017’s ÷, it posted the third highest first week sale of all time (671,542), set streaming records and single-handedly moved the dial on both Warner Music’s market share and total music consumption. No wonder he ended up Music Week’s Artist Of The Year 2017.

But the No.6 Collaborations Project is not a regular Sheeran solo album. Instead, it features some of the biggest artists in the world, from Justin Bieber to Eminem, Stormzy and Camila Cabello across 15 tracks, a concept surely precision tooled for the streaming age. And HMV’s John Hirst has already predicted to Music Week that it will post the biggest week one sale of 2019 so far.

At the eye of this storm of feverish speculation sits Atlantic president Ben Cook. It’s his job to execute the release, despite his star being unable to do his traditional heavyweight promotion as he is still on the road for the record-breaking ÷ tour. But, as always, Cook has a plan – and he sat down to exclusively talk Music Week through the campaign for what could be the year’s biggest release…

What will be the key elements of the campaign for the No.6 Collaborations Project, given Ed is not available for his usual level of promotion?
“One of the many brilliant things about Ed is his unending enthusiasm for music-making, and that infectious quality is abundant all over this record - a record he made with friends and artists he loved on ‘off’ days around his huge ÷ tour. The musical scope covered by Ed and friends is extraordinary, and is a great listen from start to finish.
“We knew that in the absence of promotion we still needed to capture that same excitement and deliver it to fans at scale. The answer was to build an unprecedented volume of content supported by authentic social interaction from Ed and the collaborators.
“A strong line up of official videos, creates real noise around a large number of focus tracks and a long-form, head-to-head conversation between Ed and his personal friend Charlamagne Tha God, tells the story of the album start to finish. Acoustics, studio footage, shot-for-stories videos, lenses, gifs, original photos and more will build anticipation and momentum across the campaign. And it’s all brought together with commentary from Ed across social platforms, with extra excitement from conversations between him and his collaborators."

The record is already introducing new fans to Ed’s artistry

What are the marketing opportunities and challenges involved in having so many collaborators on one record?
“The great thing about this project is that Ed has collaborated with artists who he genuinely admires and has genuine connections with. This has given us a brilliant opportunity to create brand new sounds and visuals that authentically represent the coming together of Ed and each collaborator.
“We go into the campaign in a really strong position to introduce the world to the album with authentic content that showcases the fun, creativity and artistic brilliance that’s at the heart of the project, as Ed comes together with some of the biggest and most talented of his peers.
“This was also one of our biggest challenges. Because the album has a line up of the most in-demand artists right now, getting them together to participate in the creative process and shoot the content needed, was a huge logistical puzzle. Ed is still busy touring ÷ and many of the collaborators are in cycle themselves and are spread over the globe. We had to be extremely creative in facilitating their input and shooting visual content. Watch out for some smart use of green screen in official videos and some clever utilising of iPhone studio footage to tell the story throughout the campaign.”

Ed's previous album, ÷, set sales records. Given the changes in the market since then, how do you expect the new album to perform compared to its predecessor?
“Ed is one of the biggest artists in the world and we expect the record to deliver strong numbers. This perspective is supported by early streaming indications whereby I Don’t Care is already chasing down one billion streams. However this is a very different record and we don’t anticipate No.6 Collaborations Project will match ÷ by sales, especially given Ed isn’t doing regular promotion. The record is already introducing new fans to Ed’s artistry, building real moments in culture, and giving audiences something to be excited about ahead of the next album in the +, X, ÷ sequence.”