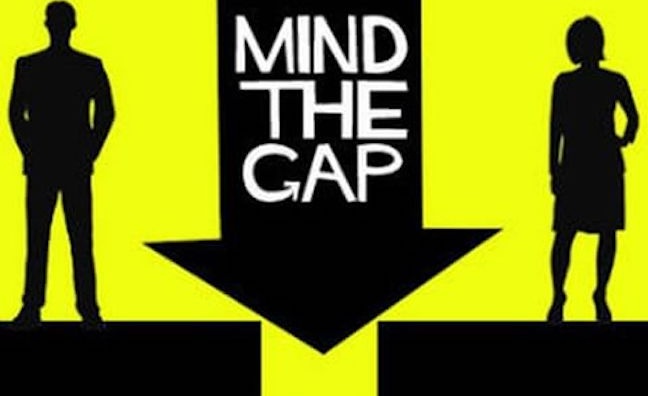 They all waited until the final deadline of April 4, but the three majors have now revealed their gender pay gap figures in the UK.

The numbers are at times uncomfortable reading in an industry that has traditionally been male-dominated, though female executives are increasingly being appointed to senior roles.

Warner Music UK – comprising frontline labels, catalogue, distribution labels and commercial business support units – has reported an average gender pay gap of 49%. For the median figure – halfway between the highest and lowest – the pay gap is 21%.

The company issued updated figures showing the pay gap for January 2018 drops to 36% (mean) and rises slightly to 21% (median).

But the proportion of women in leadership roles – 16% - is stubbornly low compared to the 42% of women employed across WMUK.

“Our current gender pay gap numbers make starkly clear the need for us to accelerate the pace of change within our company. For the past three years, we’ve been focused on making WMUK a more dynamic and forward-thinking organisation,” wrote Masha Osherova, EVP, human resources, WMG, in the company’s submission. “While we’ve made real progress in many different areas, we’re acutely aware there’s still much more work to do, especially if we are to be as diverse and inclusive as we aspire to be and if we are to increase the number of women in leadership roles.”

She added that it was an “urgent priority” to get more women progressing through the company. Measures include employee-led working groups to tackle diversity, a new code of conduct, revised parental leave policies and more diverse candidate pools. In 2017, the company launched a female mentoring scheme.

“We’re committed to making the right changes and working towards closing this gap,” she said.

“While our gender pay gap is closing, having fewer women in the most senior roles has had an impact,” stated Sony Music’s submission.

Sony Music Entertainment International has not made a submission, suggesting it does not reach the required staffing threshold.

Sony noted that more than half of new recruits were women during the past year, with more than a third from BAME backgrounds. It pledged to deliver learning programmes in an “inclusive environment” and support working parents.

Universal Music UK stressed that it had included all employees across various British operations – 1,330 staff are covered by its gender pay submission to the government.

An equal proportion of men and women - 74% - received bonus pay. However, in the top pay band quartile the gender split is 70%-30% in favour of men.

Morna Cook, senior director, HR at Universal Music UK, described the major’s pay gap as “unacceptable” and said it was being addressed with mentoring schemes and paid internships.

“We have put in place several measures to accelerate our efforts to promote inclusion and diversity in all its forms,” she wrote in the company’s report.

Cook added: “Uniquely in the UK music industry, two of our five frontline labels are now led by female presidents – promotions not reflected in the period covered by this report.”

Universal said the headline figures were influenced by bonuses to the “male-dominated” senior A&R staff.

“To help address that, we have put in place, and are continuing to build, a development plan to increase the number of women in our A&R teams to more closely reflect the overall 50:50 gender splits in our frontline labels,” said Cook.

All UK companies with more than 250 employees had to report their pay gap by April 4. The figure is based on a snapshot in April 2017.