'We're open to anything': Bastille's Dan Smith on his Best Laid Plans label 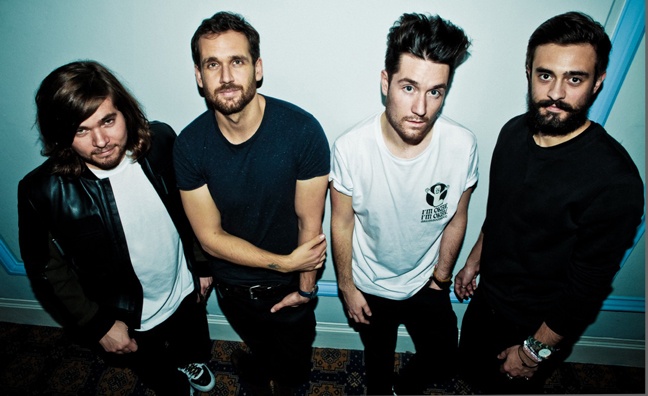 The 32-year-old frontman, who is also the co-founder of One Eyed Jack's recording studio in South London, launched Best Laid Plans Records in 2013 with producers Mark Crew and Dan Priddy.

"Mark, Dan and I basically set Best Laid Plans up together as an outlet for friends of ours, who we thought were amazing, to have a home to write, record, develop and ultimately release their music," said Smith, speaking in the latest issue of Music Week. “Mark went to school with Rory [Graham, aka Rag‘N’Bone Man] and for years had been saying how amazing his voice was.

“We wanted to leave it open for artists to upscale to major labels if they wanted to. Rory chose to sign with Columbia, so we released the album alongside them and it was amazing to watch it just explode. For our little label to be sitting in the charts and watching it grow and grow was incredible."

Other artists on the Best Laid Plans roster include Rationale, Kianja, The Dawn Of May and Akine, several of whom feature on Bastille's upcoming third LP, Doom Days, which comes out via Virgin EMI on June 14.

"We wanted it to sound like there was this whole cast of characters wandering in and out, as happens on a night out," explained Smith. "But we also wanted it to reflect the studio and the home of Best Laid Plans that we’ve created. I love that all their voices have a moment here and there."

Smith added that while he enjoyed the freedom of running an independent label, he was open-minded with regards to its future.

"It’s really important nowadays for artists to do as much as they possibly can independently," he said. "It’s amazing to see artists who can do absolutely everything to a much higher level without the help of the label, but obviously majors are still brilliant at helping amplify that on a global level.

"We’re open to anything, but so far we’ve loved being able to be independent and then allowing artists to license music or upstream it or work collaboratively with a big major if they want to. Those opportunities are always exciting, but we want to take them case by case and see what happens.”