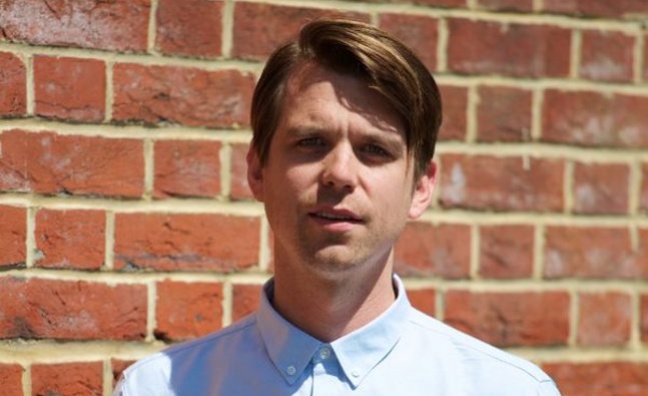 Fred Gillham is to head up the new recorded music operation at Concord in the UK, Music Week can exclusively reveal.

Gillham has started as MD of recorded music, following his departure from Universal Music last week after more than a decade at the major. He served as VP, international marketing and worked closely with Concord, which has a partnership with UMG.

“I’ve known Fred from his responsibilities at Universal international [marketing],” Tom Whalley, Concord’s chief label officer, told Music Week. “He had relationships at the labels across Concord recorded music and it was an obvious choice for us. Having an MD and putting a staff together with Fred is a key move.”

“The idea is to give them [Concord labels] their own voice and to make people understand who they are and what their label brands are, because they are five frontline labels in the US that want to get built and recognised for the artist development that they’re trying to do,” Gillham told Music Week.

The plan to launch the recorded music division at Concord in the UK was first revealed by Music Week.

“It’s essentially us being able to take control of [recorded music] in the UK and to be a bit more nimble, to have a vested interest in Concord’s artists in the UK, to build a plan and utilise our partnerships that we already have with Universal,” said Gillham. “The sky’s the limit in terms of the ambition, we will continue growing and that was a big part of why I was so excited about the opportunity.

“Overall, there’s a market share play here as well, we want to see and understand where Concord is in the UK and look at that from a growth point of view as well and see where we can push this.”

Whalley explained that the UK launch is the first step to enable Concord to give artists a stronger foothold in international markets.

“The most important part of it for us is to build a global marketing platform, along with our relationship with Universal,” said Whalley. “We think that’s a big initiative. We want to give all of our artists global opportunities and this is the best way we think we can do that.”

The company already has a substantial music publishing presence in the UK following the 2017 Imagem acquisition. Kim Frankiewicz, EVP of worldwide creative, heads up the business in London.

Gillham said he anticipated synergies between recordings and publishing.

“That is definitely an ambition going forward, where appropriate for us to be able to work together and have a similar roster in that respect,” he said

As well as established artists including Santana, St Vincent, James Taylor, Elvis Costello and Lukas Nelson, Concord has developing acts such as rapper Denzel Curry, who is set to perform at Wireless this week.

Gillham said that the London office will be “a support network for the artists when they come to town and know that they have a home here”.

“I will spend a lot of time speaking to each of those [frontline labels] and making sure that they understand the opportunity in the UK and put together a plan for how we’re going to develop each of those rosters and those artists in the UK,” he added.

While there are no current plans for UK A&R or a British label, Gillham said it could happen in future.

“One day for sure, why not? But we’ll get there when we get there,” he told Music Week. “Let’s get this working like a well-oiled machine, let’s really grow our catalogue, let’s get these frontline campaigns really working in the UK. That doesn’t rule out UK signings at all, but we will route it through the established labels.”

Prior to Gillham’s appointment, Concord’s recorded music staffing in the Aldwych HQ ran to a marketing exec for the Fearless label, a sync exec and a small team for its Kidz Bop business.

“I’m going to hire another five people this year for sure and then next year the same again hopefully,” he said. “We’re talking 10 to 15 people by the end of next year. We’re building out a new space for recorded music, we’re going to have our own home but we’ll work very closely alongside the Concord team.”

In addition to current releases, Concord will look to exploit its substantial catalogue, which includes artists ranging from REM to John Coltrane. The company recently reissued Travis’ The Man Who for the 20th anniversary.

“As well as the frontline [labels], the other side of it is the amazing and vast catalogue that Concord has,” said Gillham. “It’s also about being able to dig down into the catalogue and look at some of that amazing Stax stuff, and the Independiente stuff that’s very UK-specific and create a bespoke plan for that, in order to build consumption and put it on consumers’ radar and be a bit a more nimble with our marketing and our strategy around it.

“Catalogue is going to be a big part of what we’re doing, I’m going to hire a catalogue head, along with Sig Sigworth, who runs catalogue in the US with Craft Recordings. We’ll be putting a lot of focus on that as well.”

UMG and its labels will remain a sales and distribution partner, while Concord takes over marketing duties

“Everyone is very happy and very good partners, long may it continue I hope,” said Gillham.