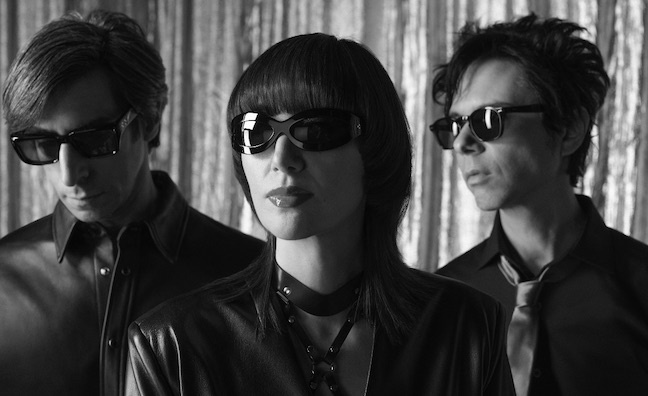 Yeah Yeah Yeahs are back with a new album - the trio’s first in almost a decade.

Cool It Down also marks the US alternative rock act’s new relationship with Secretly Canadian. It’s the group’s first LP as an independent act, although early EP releases went through their own Shifty imprint and the Touch & Go label.

The new album follows a successful run of Top 10 UK chart success for Yeah Yeah Yeahs’ three previous albums - Mosquito (2013), It’s Blitz! (2009) and Show Your Bones (2006). Their audacious 2003 debut Fever To Tell is the band’s biggest seller in the UK on 217,642 units, according to the Official Charts Company.

Yeah Yeah Yeahs have always had a particularly strong UK following, and the band launched their comeback with a run of British dates earlier this year.

To mark the return and a new label relationship, here Secretly Group’s Jon Coombs, VP of A&R, and Ali Murphy, UK/EU marketing director, talk about one of the year’s most highly anticipated comebacks…

How is this new relationship between Secretly and Yeah Yeah Yeahs?

Jon Coombs: “We thrive on collaboration with our artist partners at Secretly Group and our relationship with Yeah Yeah Yeahs, as well as their management team, is a testament to that. After our very first meeting with the band last year, we left with a gut feeling we’d make a strong team and I’m happy to say that’s been the case. The fact that Cool It Down is the band’s return to an independent label is icing on the cake.”

Yeah Yeah Yeahs have always had a strong UK following - how did the UK dates help get the campaign buzz going?

Ali Murphy: “The UK has a real attachment to this band and it’s definitely reciprocated from their side. They were so excited to launch this campaign with the shows in the UK and Spitting Off The Edge Of The World is such a huge track. To hear it performed live straight from the offset was the best way to kick things off for fans. There are people who have followed Yeah Yeah Yeahs for years and some of their core memories are soundtracked by the band’s earlier output. We’re seeing a lot of excitement for the band’s return from them, but we’re also seeing this mix of younger fans discovering them through the new tracks. I think it goes to show how timeless they are and how influential they are, also reflected in the support acts they chose for this run like Porridge Radio and Dry Cleaning.”

It’s a very concise album - what was the thinking there in terms of the release? Will there be new music drops during the campaign?

JC: “Karen [O] has talked about these songs ‘flooding’ out of the band when they first started making music again. You really get a sense of that energy and urgency of the writing and recording process when listening to Cool It Down. As for new music, the band have had a lot of success with remixes in the past and that is top of mind for us in the second phase of the campaign.”

What are the hopes for week one and beyond? How is Secretly supporting independent retail on vinyl, and how are DSPs coming on board for the first time on a new album?

AM: “We have high expectations for week one. The band have made an incredible album which deserves to reach as many people as possible, and we’re looking to continue the campaign throughout the rest of the year, with some fun ideas in the works! We and the band share a passion about supporting indie retail - we’ve got a great colour variant for UK indies, some of which come with a postcard pack which is connected to the album art. The band definitely haven’t lost their DIY ethos - they sat backstage at Brixton signing all of them! Our DSP partners have welcomed the band’s first record in the streaming era with open arms and we’re seeing great support for the singles so far.”

How has the media support been in terms of airplay and press? How important has 6 Music been for the comeback?

AM: “The band’s project manager, Maxie Gedge, has set up an amazing campaign in general, but especially at press & radio, with strategic touch points based around the band’s limited time. 6 Music have been instrumental in the comeback, with both singles being A-listed there. They have a long history with the band and they recognise the influence of each member, as seen with the recently released Artist In Residence series. Our in-house publicist Matthew Fogg has done a stellar job with the press strategy for this record too - from the first moment, with a Guardian Film & Music cover, to now with the lead-up to release with a landslide of reviews and features.”

The band seemed on good form on the 6 Music shows they’ve recorded. What’s the spirit like in the YYY camp, and what level of commitment do they have in terms of touring into 2023?

JC: “I’ve been lucky enough to see a couple of their shows in the last year and it’s safe to say they’re operating at peak powers as a live band. It’s Yeah Yeah Yeahs after all! More touring and festivals are slated for 2023 which fans will learn about sooner than later.”

With Dave Sitek involved - and Perfume Genius - is there a sense of past and new collaborators on board this time?

JC: “Dave is basically the fourth Yeah, so it was thrilling to learn that he was back in the mix for Cool It Down. As for Mike of Perfume Genius, I don’t think Karen ever had anyone else in mind for the track. This is only the second vocal collaboration on a Yeah Yeah Yeahs album and he adds so much to the recording. The idea was born out of the art and less out of wanting to gain a new audience.”