'A government-backed insurance scheme is vital': Here's what the music sector needs from the Budget 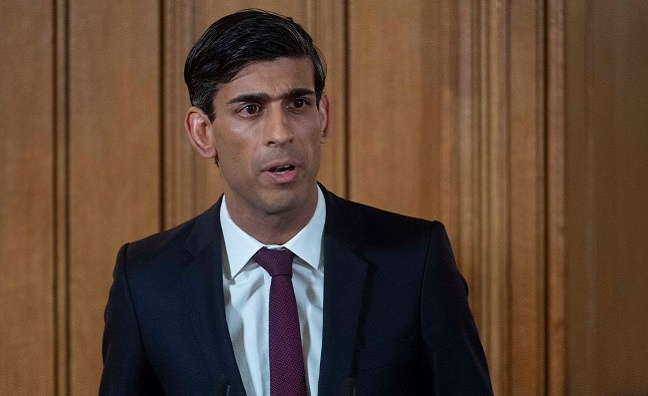 In his Budget this week (March 3), Rishi Sunak will announce a £400 million boost for the creative industries.

But while the funding has been welcome, music industry figures are calling for other key measures from the Chancellor to help the sector survive the pandemic. It follows the government’s announcement on the roadmap out of Covid restrictions by June 21, with socially distanced performances taking place no earlier than May 17.

UK Music, the Association of Independent Festivals (AIF) and DCMS Committee chair Julian Knight MP have all stressed the importance of a government-backed insurance scheme covering Covid if festivals are to go ahead this year.

“Now that we have a ‘no earlier than’ date, insurance is the last remaining barrier to planning,” said AIF CEO Paul Reed. “We know that government is aware of the insurance issue and AIF has provided evidence and data to support the case. Having injected huge consumer confidence, government should intervene at this stage and ensure that our culture-defining independent festivals can mobilise and plan for this summer. With the cut-off point for many organisers at the end of the month, this really is the final countdown for many businesses.”

In an AIF member survey, 92.5% of respondents confirmed they cannot stage events without insurance and described insurance measures as vital not optional.

Governments in Germany, Austria, Norway and the Netherlands have already introduced indemnity or insurance schemes in which they are acting as the insurer of last resort for event organisers. The UK government has provided such a scheme for film and TV productions.

“The Treasury rejected our earlier call for a government-backed insurance scheme that would have provided a safety net for festivals to go ahead, saying the time was not right,” said Julian Knight MP. “While we’ve seen welcome news for fans that the Reading & Leeds festivals will happen, the rest of the sector needs more than a roadmap to give them the confidence it takes to get events underway. For some, like Glastonbury, it’s already too late.

“We’re calling on the Chancellor to review that decision now that the government has a better sense of the road to recovery. There’s still time to give the festivals’ industry, which makes a significant contribution to the economy, the helping hand it needs.”

Download Festival has been forced to pull this year’s edition, which would have taken place in June, while Isle Of Wight Festival has moved back to September 16-19.

With the cut-off point for many organisers at the end of the month, this really is the final countdown for many businesses

So far, the pre-Budget focus has been on more cash for the Culture Recovery Fund.

Treasury officials have confirmed that the Chancellor is set to announce another £300 million for the Culture Recovery Fund (CRF), which will take the total to £1.87 billion. There will also be a further £90m from the Chancellor to support our museums and cultural bodies and nearly £20m for culture projects in regional towns and cities.

“Extending the CRF was a key element of our three-point plan to back British music and deliver a fantastic summer of live music,” said Njoku-Goodwin. “So, the Chancellor deserves credit for listening to the music industry about continuing support until we can get back on our feet. These badly needed funds come at a crucial time and will be the difference between survival and going to the wall for many organisations.

“The music industry has the potential to play a key role not just in our country’s social revival post-pandemic, but in our economic recovery too. We will continue to work with the government towards achieving this – and a government-backed insurance scheme is vital in making that happen.”

As well as an insurance scheme, UK Music is calling for an extension of the furlough and job schemes (the government has since confirmed it will run until September), as well as an extension on business rate relief and the 5% VAT rate on tickets. The trade body also wants a greater focus on export opportunities, including a music exports office and boosting the MEGS scheme.

“Everyone is determined to deliver the truly memorable musical celebration that we all need as we emerge from the terrible impact of Covid-19,” said Njoku-Goodwin. “We want the Chancellor to use his Budget to deliver the best of British sounds this summer and ensure live music is back to lift our spirits and help drive the post-pandemic recovery."

He added: “While the astonishing vaccine success means the end of the health emergency is in sight, the economic toll of Covid-19 will be with us for a long time. Dynamic growth industries like the UK music industry will be more important than ever – and we want to play our part in driving the post-pandemic economic recovery.

“I am confident that with the right support, our world-leading live music scene will give us all an unforgettable summer by lifting the spirits of millions of music fans and spearheading a huge cultural and economic boost.”

I am confident that with the right support, our world-leading live music scene will give us all an unforgettable summer

The MU said 38% of members still do not qualify for the job retention scheme or the SEISS self-employed scheme.

“We urge the Chancellor to invest in musicians in tomorrow’s Budget announcement by making it clear that individual freelancers in England will finally be allowed to apply for some of this latest round of Cultural Recovery Fund money,” said MU general secretary Horace Trubridge.

“Whilst we are obviously pleased that venues and theatres will be receiving additional support over the next few difficult months, we find it extremely unfair that a big proportion of the workforce that make these institutions what they are continue to be excluded.”

NTIA CEO Michael Kill said: “We are extremely concerned that the Chancellor's announcement tomorrow will fall short of what businesses and workers in the night time economy need to survive. Nothing that has been briefed to the media ahead of the Budget indicates that the Chancellor understands the scale of the catastrophe facing UK nightlife.

“We urge the Chancellor to recognise that night-time economy businesses have been amongst hardest hit by Covid, with many having been closed entirely for the duration of the pandemic. With 85% of workers in the night-time economy considering leaving, this Budget really is the last chance saloon to save the livelihoods of workers and freelancers in the sector. Without this support, there will be much financial hardship and the wider economic recovery will be held back.”