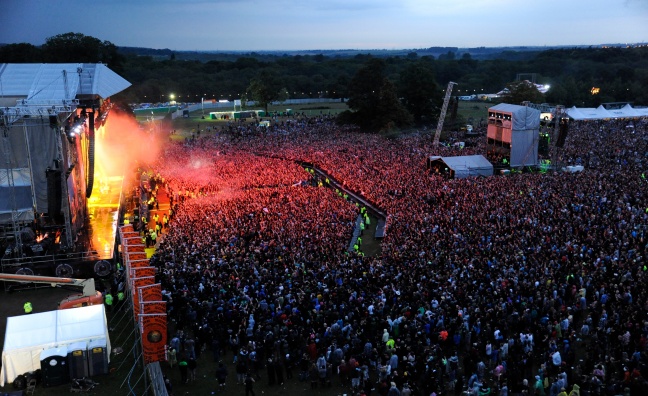 The multi-day extravaganza, which is yet to be confirmed, would help plug the gap in the festival calendar created by Glastonbury’s fallow year and would be the first concert to take place at the 125,000-capacity Hertfordshire venue since the 2014 Sonisphere festival.

The Rolling Stones - who previously played Knebworth in 1976 - are rumoured to be in the frame to headline. AEG offered no comment on the speculation, but has a long-standing relationship with the Stones, who performed at the promoter's Desert Trip festival in 2016 and played two nights during the inaugural edition of its British Summer Time Hyde Park series in 2013 - the band's last appearances in their homeland to date.

The company is also producing the Stones’ upcoming No Filter European tour, which begins in Germany on Saturday (September 9) at Hamburg’s Stadtpark. The tour will then go on to visit stadiums in Switzerland, Italy, Spain, the Netherlands, Denmark and Sweden, before concluding at the U Arena in Paris on October 25.

Tweeting back in May, the legendary rockers all but confirmed that domestic shows would follow. “Sorry to our UK fans there are no UK dates on this run, due to lack of available venues because of sporting fixtures. Hope to be here in 2018,” they said.

Knebworth was the site of Oasis’ era-defining 1996 shows and has also hosted the likes of Queen, Robbie Williams, Pink Floyd and Red Hot Chili Peppers.