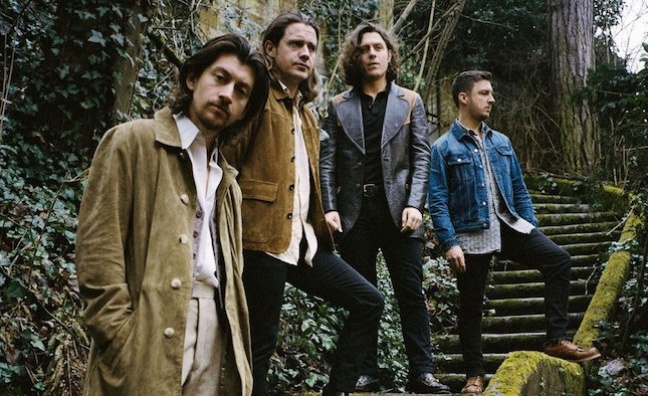 Arctic Monkeys have announced details of a one-off London show.

The Sheffield band will play London’s Royal Albert Hall on June 7 in aid of War Child UK, with tickets available via a ballot, which is open from today (May 16) until 8pm on Sunday (May 21).

Fans will pay £2 to enter, with tickets limited to two per person and priced from £45. All proceeds will go to War Child UK, while successful entrants will be notified via email on May 21.

All tickets will be named and Twickets is the official and only resale partner. Arctic Monkeys’ manager, Ian McAndrew, is part of secondary ticketing lobbying group The Fanfair Alliance.

Rob Williams, CEO of War Child UK said: “We are delighted that the Arctic Monkeys will be dedicating their time and efforts to helping children affected by war by performing a show for War Child, and it is a huge honour that they have chosen to support us. The money raised from this show will allow us to continue our life-changing programmes and reach even more children who have had their lives torn apart by conflict. With 250 million children in the world today affected by war, the need is as great as ever to stand up for their rights.”

Arctic Monkeys released their sixth album, Tranquility Base Hotel & Casino, last week and are at No.1 in the midweeks.

Read Music Week’s report on how the album is faring compared to their previous records here.

Catch up on the retail sector’s expectations from the album here, and revisit Music Week’s interview with Guy Moot, who heads up Sony/ATV, who publish the band, here.