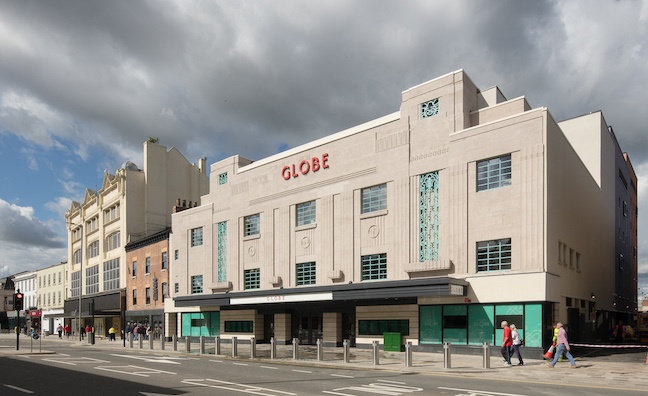 ATG’s new 3,000-capacity Stockton Globe has unveiled the completion of its £28 million restoration.

The Grade II-listed Art Deco venue, which has stood empty since 1997 and closed as a live entertainment venue in 1974, has been rebooted with new features including the flexible standing and seated configuration, new purpose-built bars, VIP areas, dressing room suites, orchestra pits and an additional 200-capacity venue and cafe bar, The Link.

Stockton Globe is due to open its doors in the autumn and is expected to attract up to 200,000 visitors per year. The Link, which adjoins the Globe, will open in July as a venue in its own right. Acts announced for the 2021/22 opening season include Paloma Faith, Ru Paul’s Drag Race, Amy Macdonald, UB40, Nina Conte, Tim Peake, Tim Minchin, Jools Holland, The House and Garage Orchestra, The Waterboys and Status Quo, who were the last band to play at the venue before its closure in 1974.

Stockton Globe general manager Jo Ager said: “We are so excited to announce that the day we have all been waiting for is finally upon us; the restoration of Stockton Globe is complete and it is absolutely incredible! We simply cannot wait to throw the doors open, welcome people in and show this phenomenal venue off.

“Tour promoters have taken the cautious approach to delay programming until later in the year to ensure a safe environment for all who attend. The first acts will take to the Globe stage in September 2021, but fans will be able to see the newly renovated building in all its glory and get their live entertainment fix at the adjoining venue, The Link, well before then."

Built in 1935, the North East venue has a rich history, having hosted legends such as The Beatles, The Supremes, The Rolling Stones, Stevie Wonder and Chuck Berry in its original incarnation.

The restoration was funded by Stockton-on-Tees Borough Council and a £4.5m grant from The National Lottery Heritage Fund’s Heritage Enterprise scheme, as well as a £774,000 grant from the Capital Kickstart Fund, part of the Government’s £1.57 billion Culture Recovery Fund.