'Bring it on!' Mark Cooper all set for final Glastonbury as BBC Studios boss 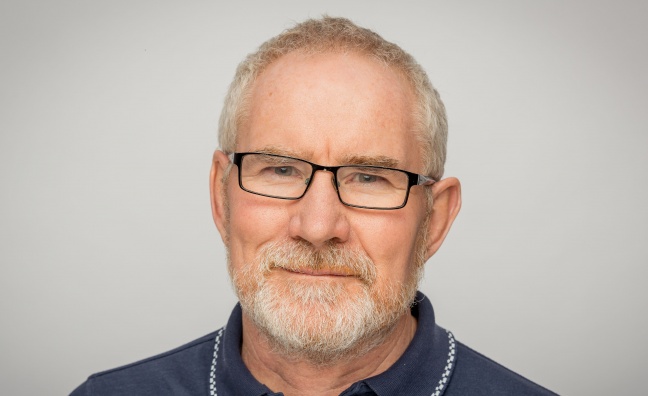 Mark Cooper is about to take part in his final Glastonbury as head of music, BBC Studios, and the outgoing exec has told Music Week the festival’s importance is showing no sign of waning.

Cooper has presided over the BBC’s Glastonbury coverage on television since 1997, when he remembers delivering “Radiohead in excelsis” during their rain-soaked headline set.

The  new issue of Music Week, out now, is a Glastonbury special, with Cooper featuring alongside  BBC Music & BBC Introducing boss James Stirling and presenters Clara Amfo, Steve Lamacq and  Jo Whiley in our cover story.

“I am mainly excited about it raining a lot in the run up to the festival so it won’t rain in Pilton over Glastonbury,” Cooper told Music Week.

He also promised a new look set and new titles for the BBC’s TV coverage, not to mention a host of televised acoustic sets from the BBC compound.

Read on for an extract from our interview with Cooper, and check musicweek.com and our Twitter page for more on Glastonbury throughout the week.

How important is Glastonbury to the music business?

“That importance grows year-on-year, partly because of the breadth of current music performance on television, and partly because it’s very obvious what its effect is in the retail sector of the music industry. Glastonbury’s history and heritage has always been driven by new music and it features a huge cross-section of artists and a very broad array of music. When we started Glastonbury [on the BBC in 1997] it was supposed to be a rock‘n’roll festival with a bit of dance music, and you look at who’s on at Glastonbury now and the diversity of genres, the ever-greater presence of female artists, grime music… The festival is still true to its values but has grown its breadth and diversity just as so many things have in the UK. That’s reflected by Glastonbury music than probably any other festival I can think of.”

How has BBC’s relationship with Glastonbury evolved?

“It’s a happy and natural relationship because Glastonbury is driven by a public service station. The public service element makes the two worlds fit very well together. Almost as Glastonbury has evolved, so has the BBC in terms of its offering. We have very much grown hand in hand in my tenure. Glastonbury is probably at the cutting edge of all the different developments in digital and streaming. Even in high definition, back in the day. Television has a unique ability to deliver the sense of a collective experience. That’s the great thing that television does in its own way. Radio does it too, but people tend to sit around the TV more and interact with it.”

The festival is still true to its values

How does Glastonbury offer that communal experience for the viewer?

What is the audience expecting most?

“They’re expecting brilliantly directed coverage across the stages, musical authority, a sense that there’s a good diverse spread of artists delivered with enthusiasm. They are expecting a broader view of the festival and its place in British life. You know, the kind of window to the world that Glastonbury offers for voices that you maybe don’t hear too often elsewhere. Plus, there’s sense of people seeing something they couldn’t see anywhere else in terms of artists. Bring it on!”