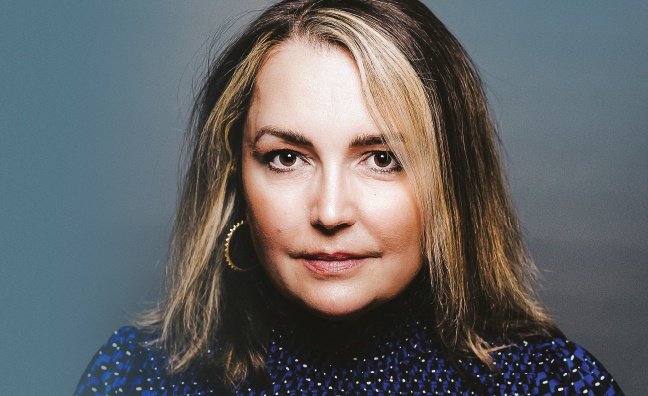 When it comes to electronic music, there are few executives who can lay claim to  revolutionising club culture in the way that Maria May has.

Now celebrating 10 years at CAA, the star agent is exerting more influence over the industry than ever through her tireless work as a campaigner, not to mention representing David Guetta, Róisín Murphy and more.

During the pandemic, May was a key supporter of the work of the Night Time Industries Associations (NTIA), including crucial meetings with Culture Secretary Nadine Dorries.

Despite the challenges for the sector, dance music is still riding high with both Beyonce and Drake embracing the genre and LF System topping the singles chart.

Maria May, who appeared on the Women In Music Roll Of Honour in 2020, is interviewed in the latest issue of Music Week. Here, she opens up about the club scene's revival, the growth of CAA in dance music and her superstar acts...

In your mind, what’s the biggest issue currently facing the electronic music sector?

“There are issues across the board with infrastructure and travel, but by far the biggest is having enough skilled staff. There’s been a complete drain of really skilled workers. We need decent techs, experienced security, people who are skilled at building staging, truck drivers, people who know how to do the admin. A lot of people left the industry. A lot of people are coming back, but it’s a slow process. We need to scale up, and fast, and I know everybody is feeling this. I want to be an advocate for working in the music industry. It’s a really great place to be, and we need those workers back and driving our industry to the heights it was at before the pandemic and beyond.”

What would help most in terms of rebuilding as we move out of the pandemic?

“I’ve learned so much in the past two years, including looking at what other governments have done in other countries. For instance, if we could keep the VAT rate on all ticket sales, across the cultural sector, down to 5%, that would be a real and needed booster for our live industry. And they won’t do it because it’s all tied up in bars and hospitality and so on. It’s trying to get the government to understand the culture and not see it as some rave in a field or whatever. To get them to really understand the value of the electronic sector, in all its facets. We’ve been working really hard to try and fix that.”

Has there been enough focus on your side of the business in all the coverage of the impact of Covid shutdowns?

“There is a disconnect between conventional live music and electronic music. Halfway through the pandemic I was asked to join the weekly LIVE calls, along with others. And that was a really positive step to be able to share information and communicate. But it has always felt like there’s been a bit of a separation between worlds. That could manifest as trying to get a DJ taken seriously as a festival headliner – there are still promoters in Europe who will only book live bands, no matter how many records have been sold.”

Electronic music has been a world-class export for Britain

What is the one thing you wish people would understand about the night-time economy?

“That it’s crucial to the recovery of our towns, cities and high streets. It’s steeped in entrepreneurial spirit, from the rave days onwards, and that spirit is something that should really be applauded. There’s immense resilience in this industry. But it’s not just about the economy. We need to recognise the cultural and community value too. It’s such a misunderstood sector, completely unrepresented in the higher echelons of the world. We need to strive to get better representation and better cultural recognition.

“Electronic music has been a world-class export for Britain. It’s gone from people my age dancing in fields, to [working in] dance music and becoming icons of best practice. And we’re good at that because we came from an illegal scene that was clamped down on, so we had to learn how to continue to run it.”

How has CAA navigated the past couple of years?

“It was really a matter of checking in with our artists on a regular basis. We have a very able branding department and we were looking at ways of artists diversifying in that sense. Some artists started acting, some looked at writing books. There was also streaming and there were private streaming gigs put on by bands and so on. There were some private shows when it was allowed, but we were really careful to make sure we always stuck to the regulations. But checking in was most important.”

In regards to the work your acts have been doing lately, what has stood out for you?

“David Guetta managed to transcend the past two years in the best possible way. He just got super-creative: doing amazing streams from places all over the world, raising money for charity and lifting spirits while also developing his musical projects. I’m hugely proud of our relationship, it has been nearly 25 years now. It’s the same with Róisín Murphy, I’ve worked with her since she was in Moloko.

“We have such a great roster at the moment, from really underground artists to massively successful ones. There’s Paul Kalkbrenner, Monolink and Purple Disco Machine. Rüfüs Du Sol are doing a 20,000-capacity show in London this summer; Arielle Free is a BBC Radio 1 DJ and she has an Ibiza residency. We have new signings like Blond:ish and Layla Benitez. There’s so much going on that it’s hard to encapsulate it all, but we’re firing on all cylinders. We are straight up people and we do the best job we can, with pride and honesty. That’s authentic to me. I’m not someone who will kiss other people’s asses. I just can’t do it.”

Subscribers can read the full interview with Maria May here.