Can this year's summer be saved for UK festivals? 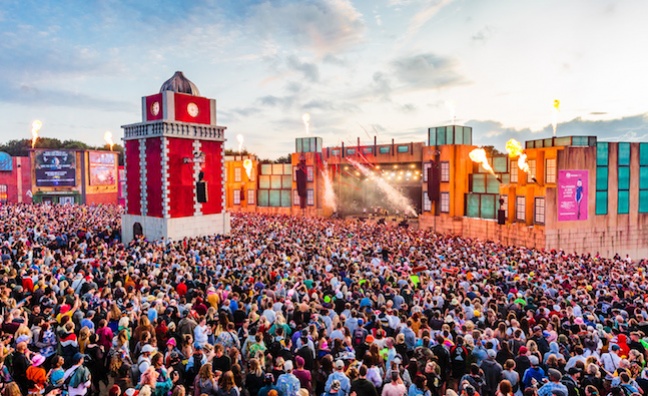 UK trade bodies including BPI, AIF and LIVE have made an urgent call for a government-backed Covid insurance scheme in order to save this year’s summer for live music.

While the roadmap for the return of live opens up the strong prospect of summer festivals coming back in 2021, many operators are already pulling out this year because of continuing uncertainty and their potential exposure to cancellation costs.

At present there is no commercially available insurance available to festivals as cover for cancellation due to Covid. For this reason, Boomtown (pictured in 2019) – among the largest independent festivals at almost 70,000-capacity – pulled this year’s scheduled August event. Boomtown, which has received £991,864  from the Culture Recovery Fund, will return in August 2022.

The government is rolling out its Events Research Programme with an event without social distancing in Liverpool on May 2. But with the results not due from that until later in the month, time is running out.

“We are concerned that the reopening of live is taking longer than had been hoped,” said Geoff Taylor, chief executive, BPI, BRITs and Mercury Prize. “There are question marks over how quickly events will be able to reopen and over the pilot programme – that is a concern at this point in time.

“We absolutely need to ensure that we don't lose a second summer, so it's now all to play for for the second half of the summer. We are talking regularly to government about these matters and trying to ensure the government does everything it can to enable us to get back to safe live music.”

While independent festivals may be particularly exposed to cancellation costs, the lack of insurance affects all the big players in the business. So far, Festival Republic and AEG Presents have opted to move events including Wireless, Reading & Leeds and All Points East back further in the festival calendar.

Geoff Taylor says the government’s unwillingness so far to introduce an indemnity scheme, as it does with the Film & TV Production Restart Scheme, is “surprising”.

“The government's position seems to have been that when that is the last barrier to safe reopening, they would address it,” he said. “But, actually, it needs putting in place ahead of time. So we have called on the government to support the music industry in the way that it's supported the film and TV industries.

“For promoters, it is an uninsurable situation of risk that makes it very difficult for them to plan, and it’s those timelines that government isn't taking into account – the fact that one needs to take decisions months ahead of the festival and needs the insurance at that point. So we would absolutely support those in the industry calling for an insurance scheme for promoters. That would definitely help ensure that more festivals could go ahead. And that really needs to be put in place straightaway – it should already be in place to enable promoters to take the decisions now for events later in the summer.”

Last month, Culture Minister Caroline Dinenage told MPs: "As the minister responsible for this, I would much rather be able to make an announcement when I am absolutely certain things can go ahead, or at least in a much better sense of predictability that things can go ahead, than announce an indemnity scheme, give people the confidence in order to pull the rug out from underneath them again. I just wouldn’t be prepared to do that.”

The loss of Boomtown has now heightened the fears about festivals in 2021. With the “market failure” for festival insurance, LIVE has urged the government to utilise Culture Recovery Fund money.

“Without some form of contingency fund in place, the risk of undertaking activity this summer will simply be too great for the majority of events,” said Greg Parmley, CEO, Live. “We are already seeing an increasing rate of cancellations, including Glastonbury and now Boomtown, and that will become a flood in the coming weeks if a solution isn’t found.

“The live music industry thinks that using unspent Culture Recovery money to create a contingency pot to provide some form of protection for events is the best way to get money through the entire live music ecosystem – from artists and venues to technical staff and freelance crew – by enabling people to get back to work. The Prime Minister has said he wants this to be a great British summer. So do we. But that won’t happen if our world-leading live music events disappear for the second year in a row.”

AIF CEO Paul Reed said:“The cancellation of Boomtown Fair is devastating but not surprising, and further festival cancellations will follow. AIF has been warning and providing evidence to the government for over six months on the urgent need for intervention on insurance. It is an enormous risk for any independent festival to commit to upfront, non-refundable costs and very difficult to plan with confidence in the absence of insurance. The average cost of staging an independent festival is over £6m.

“A recent AIF member survey revealed that 92.5% of respondents do not plan on staging their events without some form of government-backed insurance or indemnity scheme, with the measure being described as vital not optional. Considering the lengthy planning cycle of festivals, it is difficult to think anything other than we are being timed out for the summer.”

Tim Thornhill, director of Tysers insurance brokers, has proposed a £250m government-backed insurance scheme that would underwrite £1.1bn of costs and unlock £9bn in economic activity.

Reed added: “Governments across the rest of Europe have already acted to support festivals, sharing the risk with organisers so that they may reopen safely. If this government doesn’t intervene in some way on insurance and back its own roadmap, I’m afraid that, despite the rhetoric, it won’t be a great British summer for events - it will be an extremely selective one despite the clear demand and huge amount of customer confidence that the roadmap has injected.”

A government spokesperson said:"More than £34 million from our unprecedented Culture Recovery Fund has supported festivals including Boomtown, Shambala, Glastonbury and Deer Shed Festival. We are aware of the wider concerns about securing indemnity for live events and are exploring what further support we may provide.

"Last week, we announced a new event through our Events Research Programme. This event will test how we can reopen festivals, with an outdoor music at Sefton Park in Liverpool on May 2. Our roadmap provides a clear plan for reopening all sectors in a phased, safe way and we are supporting businesses and organisations to prepare for this."