Covid Pass notes: Is the live sector about to diverge on entry requirements? 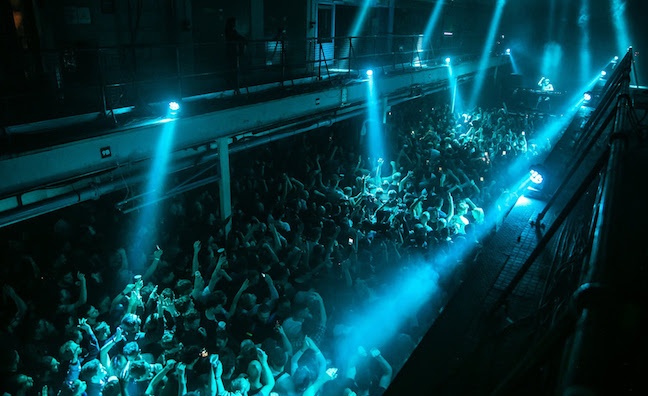 Anyone who’s been to a gig or festival since the easing of Covid restrictions will be used to the NHS Covid Pass system.

In the last six weeks, it’s become the norm at large events and major venues such as The O2. The system was in place in anticipation of the government making Covid Pass a legal requirement by the end of September.

However, at the weekend the situation changed in England. Plans to require Covid passports to enter nightclubs and large events have been scrapped by the government. The plan had come in for criticism from venues and nightclubs, as well as some MPs.

Health Secretary Sajid Javid said: "We shouldn't be doing things for the sake of it."

According to Downing Street, the plan will be kept "in reserve" should it be needed over autumn or winter.

But there are now two approaches in the live sector in response to Covid:

no requirement for a Covid passport, while encouraging personal responsibility by taking lateral flow tests

or, a non-discriminatory passport system that allows for a negative test result as an alternative to proof of full vaccination

To add to the confusion, people in Scotland will need a Covid passport from October 1 as proof that they are fully vaccinated.

Greg Parmley, CEO of LIVE, told Music Week: “The live music industry is pleased to finally have clarification from the UK government that they are not introducing vaccine passports in England. While we support measures to reduce the risk of Covid at our events we believe the proposal, such as that slated for Scotland, to exclude a test from a covid certification is a mistake. Under those rules it will be possible to go on an all-day pub crawl without having to show any form of vaccine certification, while those coming to professionally organised and managed live music events will.”

The Music Venue Trust and Night Time Industries Association (NTIA) welcomed the change of plan by the UK government. As well as shutting out younger visitors who have not been double vaccinated, any Covid Pass system also had the potential to impact walk-up sales among those who do not have the required verification on their phone.

“The double vaccine certification programme proposed by the government contained a number of challenges around deliverability, practicality, equality and potential discrimination,” said Music Venue Trust CEO Mark Davyd. “Music Venue Trust  has been describing those problems to ministers and departments for the last two months, and we therefore welcome the decision to not move forward with this policy.

“It is important to reiterate that grassroots music venues want the tools to be able to create safe events. They are experts in risk mitigation, and there is ample evidence that working alongside the live community a great deal has already been achieved to reopen every venue safely. Our issue with double vaccination certification as a sole requirement of entry was that it was highly unlikely to achieve improved safety above and beyond those measures already in place, and highly likely to create a two-tier night time economy which divided venues and customers.”

"Following an intense political and public campaign by the NTIA, its members and wider industry supporters, we welcome the comments from the Health Secretary regarding the government's decision to scrap the planned mandate of Covid passports from the end of September,” added NTIA CEO Michael Kill. "We hope that businesses will now be able to plan for the future with some degree of certainty, regain confidence from customers and the workforce and start to rebuild a sector that has consistently been at the sharp end of this pandemic."

But the NTIA remains concerned about the government's messaging on the possibility of bringing back checks in the winter.

“Tomorrow, we need a clear statement from the Prime Minister that he agrees with his Health Secretary that vaccine passports are not the government’s policy," said Kill. "It really doesn’t seem like that clear communication should be too much to ask for – but regrettably, it seems to be.”

Sacha Lord, co-founder of Parklife, the Warehouse Project and Night Time Economy Adviser for Greater Manchester, also welcomed the move to scrap Covid passports. “This idea has always been discriminatory,” he said. “We've proven we can run safe events.”

The Music Venue Trust continues to urge fans to take a test before attending a gig.

However, larger venues and events have embraced the NHS Covid Pass system, which provides some reassurance to fans at large gatherings and staff at events without major disruption.

The O2’s guidelines confirm that it requires a Covid Pass to prove double vaccination (or negative test result) for upcoming events including Bring Me The Horizon. Festivals and larger venues are likely to continue with the system.

The Isle Of Wight Festival takes place this week and festival-goers are required to provide either proof of double vaccination, natural immunity or a negative test.

As well as the dual approach in England, there’s also the incoming alternative system in place in Scotland - although the Scottish administration is facing pressure to drop the plan.

Music Venue Trust CEO Mark Davyd has voiced concerns about the Scottish plan to introduce a requirement to prove double vaccination with a Covid pass.

“As it stands this Scottish government policy amounts to an attempt to exclude some people from going somewhere at some time, without proving adequate information on when, where, who or how,” he said. “In doing so it potentially disproportionately penalises young people, excluding one in four of them from the late night economy, and people from diverse backgrounds, excluding nearly 50% of them from the late night economy.”