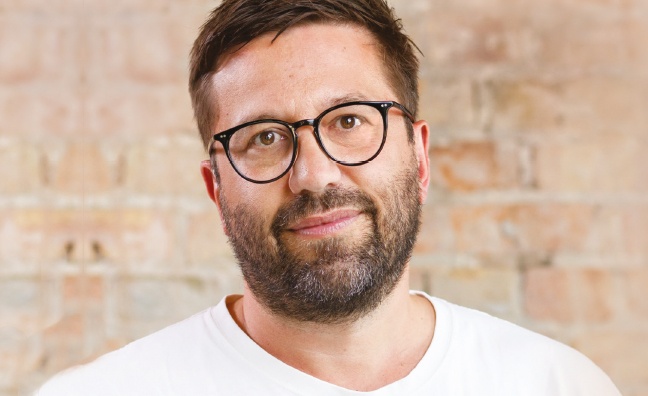 Ticketing and discovery app Dice has become a significant player in the live sector.

The company was only launched in 2014 but has now become a global platform to support artists, with more than 400 members of staff worldwide..

In an expanded version of the interview in the latest issue of Music Week, founder and CEO Phil Hutcheon talks global expansion, pioneering paperless tickets and data insights…

A year ago you raised $122m in funding - how was that cash deployed?

“We're experienced in terms of allocating capital, so we knew what we needed to do. First of all was geographic expansion, so going into the US properly. If you look at our New York office, from May 2021 compared to now we’ve gone from four or five people to now 75. Launching in Germany was a big step for us, and then just getting deeper into each of the countries we’re already in like France, Spain, Italy, as well as the UK. A lot of [the investment] has been around growth of the business and geographic expansion.”

How is your US business building?

“We're very big in New York. Before we went there, we did get a lot of  resistance from people saying, ‘It's not going to work in New York, people are used to the fees, other companies tried the upfront pricing.’ But my question is: do they actually talk to fans? For us, sales have gone through the roof. If you treat your fans extremely well, if they have the Waiting List [alerting users in a digital queue when tickets become available to previously sold-out events] and they know they're not getting ripped off, then they buy more tickets and they go out more."

Do you see Dice as a ticketing or tech firm?

“Probably a hybrid. Definitely a technology business, because that's what we are - software - we have no interest or desire to produce events. Our job is to be the operating system for live, helping people, promoters, venues, artists, managers to reach audiences; helping them plan tours, figure out pricing. Mostly, it’s helping them sell a lot of tickets by building up trust and repeat [sales] with fans.”

“I should say volume and partners, but I actually look at the fans. I look at how many fans we’ve got, how many are repeat [customers], how often are they going out? We often do surveys. We’ve got this rule at Dice that our only customers are the fans. Even though we work with everyone else, we always go back to - is this good for fans? I do think having that as your North Star makes sure that you're always doing the right thing. The outcome is more sales and more partners, but the thing that we look at is repeats [sales] coming back on a regular basis. There are a lot of fans that go out two or three times a week on Dice. It's embarrassing for me, I’m nowhere near that! But it's amazing to see.”

“The example that we talk about a lot is Bicep. We’ve worked with Bicep from day one. Our deal with them and the team was, ‘Don't spend any money on social media ads, trust us to build up the audience and invest all that cash back into the show.’ For them to sell out Alexandra Palace instantly is a great reflection [of our partnership] in London. So it’s an example of how we can help someone go from small to big. We will move into giving more of those analytics directly to artists, teams and promoters.”

We will move into giving more analytics directly to artists, teams and promoters

Given the role of algorithms for Dice, do you see the comparison with Spotify?

“I love Spotify and we work closely with them. As a shortcut, you could say Dice is a Spotify for live. It is about discovery and getting people to go out more. The last piece of friction to remove - after ease of buying tickets, being trusted, fans not getting scalped on tickets - is having no one to go [to a gig] with, and that's what we're working on now. I often stay at a stranger’s flat via Airbnb, so why can’t I go to a show in a big city with a group of people I’ve never met?”

“I know that we don't pay the most, so I think it's the audience - the fact that we can bring a huge audience’s attention to events. The enterprise software makes their life so much easier. They upload an event, tap a button and it's everywhere. If they need to check their sales, they can see it in real time on their phone. Venues don’t need to be doing lots of ads for people to go and buy tickets, so they can concentrate on getting great shows in. As with Bicep, it’s about how do we invest more into the live industry rather than leaking it out? We're talking about hundreds or thousands of dollars a month that some of these venues are spending promoting events. If most of that was put into the show, or given to the artist or put back to make the ticket slightly cheaper, that would be great.”

Are you anticipating an impact on sales from the cost of living crisis?

“We're always monitoring it and we looked at the last two recessions - the consumer patterns in major cities with a younger audience. The average age [of a Dice customer] is 26. Although it's spread across a whole range of people, those who go out on the most regular basis tend to be a bit younger, so they are maybe not as sensitive to petrol prices or mortgage payments. We're looking at our sales and they're not going down. I’m still very optimistic for the live sector.”

Finally, as you approach the 10th anniversary in 2023, do you think paper tickets will soon disappear?

“It's weird to get a paper ticket now. I can't remember the last time I had a paper ticket. I remember when we first started, some people were saying, ‘I'm not downloading an app, this is never gonna take off, people love paper tickets.’ With Adele [in 2015], we put all these extra support people in and we were waiting for all these questions - and then nothing. It was so easy to tap a button and then there's your ticket. The control that you get with having it on the phone - still being able to chat with your friends as you join the Waiting List - hopefully feels very normal now.”