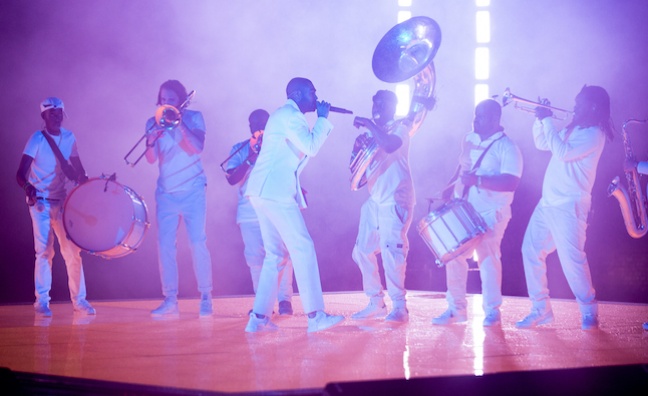 Driift, the specialist producer and promoter of online music events, has received a string of award nominations for its Glastonbury livestream.

Director Paul Dugdale was shortlisted in the category for director: multi-camera, following the Live At Worthy Farm livestream, which attracted critical acclaim upon its release in May 2021.

Dugdale said: “It's a real honour to get this recognition. I feel very proud to represent Glastonbury at the BAFTAs, and I’m thrilled for the whole team that the film is being celebrated in this way.”

The event has also been recognised at the 26th Annual Webby Awards as a Webby Honoree in the Virtual And Remote – Best Performance category.

The Webby Awards is an international awards organisation that honours excellence on the internet, including websites, mobile sites, video, advertising, apps and software, podcasts and more. The distinction of Webby Honoree, as recognised by the International Academy of Digital Arts and Sciences, is granted to the top 20% of all work entered into the 26th Annual Webby Awards.

Claire Graves, president of The Webby Awards, said: “Honorees like Driift are setting the standard for innovation and creativity on the internet. It is an incredible achievement to be selected among the best from more than 14,300 entries we received this year.”

Ric Salmon, chief executive of Drift, said: “We’re absolutely delighted with such heavyweight recognition for the inherent creativity and innovation in Driift’s productions. Having become synonymous with livestreaming during the depths of the pandemic, the team remains absolutely committed to pushing this format forward and producing unique one-off events that connect with audiences at a global scale.”

Driift has also been shortlisted at the 2022 Music Week Awards in the category of Live Music Music Innovation.