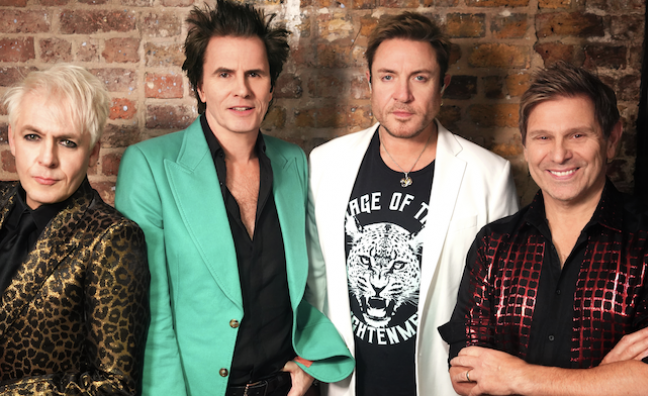 Duran Duran have today (March 10) been confirmed as the final headliners for BST Hyde Park 2020.

The group will close this year’s BST Hyde Park on Sunday July 12 as part of their 40th anniversary celebrations. It will mark the first time the group have played London in five years.

An official BST press release stated that Duran Duran are currently in the studio working on their follow-up to 2015’s Paper Gods with several collaborators, which is “slated for release in late summer this year.”

Also confirmed for the date are Gwen Stefani, who will appear as a UK exclusive for 2020, and Nile Rodgers who will bring CHIC back to Hyde Park for first time in five years.

Already announced for 2020 are Post Malone on July 2, Little Mix on July 4, Kendrick Lamar on July 5, Pearl Jam on July 10 and Taylor Swift on July 11.

Speaking about the news, Duran Duran’s Simon Le Bon said: "I look at film of The Rolling Stones at Hyde Park back in '69 and think of all the great acts who've performed there since. It really is an honour to add the name Duran Duran to that roster, and to play our music at one of the world's greatest inner city locations at BST Hyde Park."

John Taylor added: "On July 16th, 1980 Duran Duran debuted its latest line-up at the Rum Runner club in Birmingham… It’s almost unbelievable to us that forty years later we are celebrating this anniversary with a show at BST Hyde Park. Making it all the more special is the presence of our old friend and collaborator Nile Rodgers, and Gwen Stefani, a favourite gal pal of ours since No Doubt. It will be a special day for us, and, hopefully for our audience, who have followed us faithfully for so many years now. Please, come celebrate our long and ragged journey!”

American Express Cardmembers will be able to access the presale from 10am Tuesday March 10 until 9.30am Friday March 13.

Tickets are on general sale from Friday March 13 at 10am.