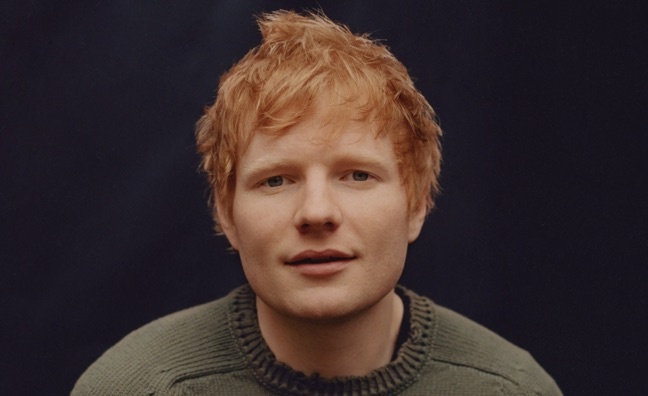 Ed Sheeran has announced the first leg of his ‘+ - = ÷ x Tour’ (The Mathematics Tour), including three nights at Wembley Stadium.

Tickets go on sale on Saturday, September 25. The shows will use specially developed mobile digital ticketing technology which have safeguards in place to ensure genuine fans are buying genuine tickets, and to stop unofficial secondary ticketing sites, and unofficial ticket sellers, from being able to resell tickets at inflated prices.

Fans are encouraged to sign up for an account with an official ticket vendor in advance of the on sale. Fans who become unable to go to the shows will be able to sell their tickets to other fans at the price they paid, plus a booking fee through the official fan to fan face value resale platform at the place they purchased the tickets.

Sheeran has previously headlined seven nights at Wembley Stadium, trailing only Take That (12) since the new stadium opened in 2007. The singer-songwriter's Divide Tour, which took place from 2017-2019, was the most-attended and highest-grossing tour ever. Next year's shows will feature a new production set-up with Sheeran's staging in the round, surrounded by the crowd in each stadium. His new new album = will be released on October 29 through Asylum/Atlantic.

Sheeran is set to replace himself at No.1 on the UK’s Official Singles Chart with his new single Shivers, which is set to end Bad Habits' 11-week reign at the top. The 30-year-old has become the first British solo artist to claim 52 weeks – a full year – at No.1 on the Official UK Singles Chart, with only Elvis Presley and The Beatles achieving more overall weeks at the top.