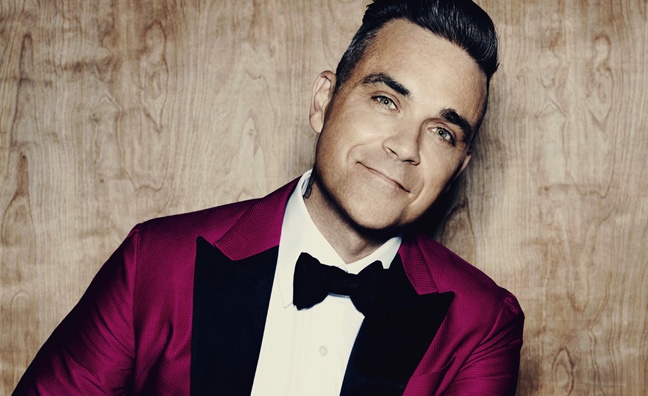 The FanFair Alliance has slammed the "utter lack of transparency" in the secondary market after it was reported that Robbie Williams' management team has been placing tickets for his stadium tour directly on to resale websites at higher prices.

An investigation by the BBC's Victoria Derbyshire Show found that the singer's representatives, ie:music, put tickets for the concerts on Ticketmaster-owned resale sites Get Me In and Seatwave, priced up to £65 more than on primary sites.

Ticketmaster said the tickets in question were "platinum" tickets. "Platinum tickets are a very small percentage of the best seats in the house that are priced according to demand, in consultation with our clients, the event organisers," said the company in a statement. "The UK live events industry has been successfully using platinum for many years so that the full value of these tickets goes back to the rights holders and not to resellers."

ie:music, which has not yet responded to requests for comment, signed a petition in November 2015 saying: "We as artist, managers and agents deplore the increasing industrial-scale abuse and insider exploitation of tickets for music, arts and sports events by ticket touts, and their online associates and facilitators."

Primary tickets are still available at face value for Williams' UK dates, leading anti-touting campaign group FanFair Alliance to bemoan the current state of affairs in what it branded a "broken market". "The utter lack of transparency in the so-called secondary ticketing market is hugely confusing for fans," a spokesperson for the group told Music Week. "This was a key issue raised by the Culture Media & Sport select committee last year, as were concerns about a primary ticketing company running a parallel for-profit resale business.

"We urgently need Government intervention to ensure existing laws are enforced, that this broken market is fixed and audiences are protected. The music business also has a responsibility here, and an increasing majority of managers and artists are taking active steps to mitigate ticket touting and prevent fans being ripped off. In September last year, FanFair published a guide with tips and advice to ensure tickets are sold at face value, and support for our campaign is fast gaining momentum."

Sharon Hodgson, Labour co-chair of the APPG on Ticket Abuse, added: "The revelations in the Victoria Derbyshire exclusive investigation into tickets for Robbie Williams' upcoming tour going straight up on the secondary market is damning proof that fans are continuing to be ripped off in this broken market and action must to be taken to end this.

“For a number of years now, the APPG on Ticket Abuse has called for promoters and managers to be more transparent around their involvement with secondary ticketing platforms and the need for the circumventing of the primary market and inflating ticket prices before they can even be sold directly to genuine fans to be addressed.

“Transparency is key to allowing fans to be put first in this broken market. This is not only the job of both promoters and managers, but also the Government who need to be doing more to facilitate further transparency that puts fans at the centre of this market.”