"Gods Of Rap II and III are in the works": SJM confirm Gods Of Rap tour to return 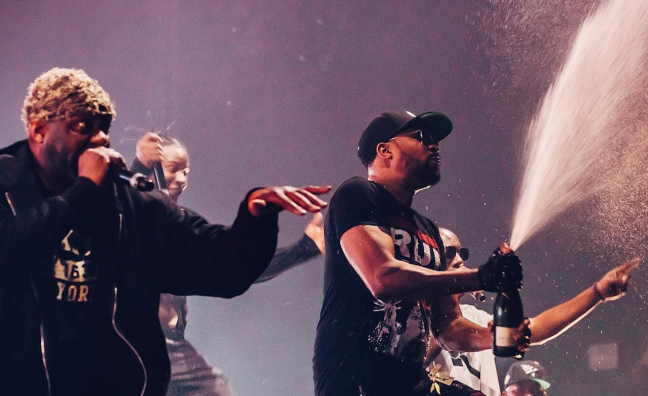 The tour was scheduled as part of the celebration of the anniversaries of three iconic landmark albums: Wu-Tang Clan’s Enter The Wu-Tang 36 Chambers, Public Enemy’s It Takes a Nation of Millions To Hold Us Back and De La Soul’s 3 Feet High And Rising.

Back in January, SJM Concerts promoter Chris Wareing gave us the inside story of how the huge tour uniting a host of rap legends came together – something he told Music Week had “never been done in the UK before on this level”.

Here, Wareing gives Music Week a debrief on how the first event went in the UK and what the future holds for the brand…

So, first off, how successful was the inaugural Gods Of Rap tour?

“I have pretty high expectations and I can safely say that the very first Gods Of Rap dates lived up to my expectations and also went above and beyond. We still have seven European shows to do at time of writing – and by looking at the sales, the thirst is definitely there for Gods Of Rap!”

What feedback did you get from the artists and the fans?

“Feedback is how to move forward. I have promoted Wu-Tang in the UK for many years. I went into their dressing room after the first night at Wembley Arena and they had carried the show on from the stage to the dressing room, popping champagne bottles, freestyling, dancing and joking around…this was a fantastic first show for them. Every member was elated. I spoke to RZA at length after the Manchester show and he confirmed that they were thoroughly enjoying themselves and really enjoying playing to big sold out rooms. Chuck D’s social media speaks for itself…. He has had a fantastic tour, as have De La and Premo. I stood and watched the audience at the shows. The first thing I noticed were peoples surprise at the level of production we had. Unfortunately, a lot of rap shows are plagued with a lack of production. We went above and beyond to make this an experience for both the artists and the fans. It was also something special watching people walk into the foyer’s and head straight to the merchandise area and purchase Gods Of Rap merchandise. People are buying into the brand, the meaning and the legacy. The artists deserve to play these size rooms and the fans deserve the level of production we gave to them. The shows were fantastic for all.”

Unfortunately, a lot of rap shows are plagued with a lack of production. We went above and beyond to make Gods Of Rap an experience for both the artists and the fans

So, will it be back next year? If so, what scope for growth is there?

“We will of course be back. We are just starting on the journey and development of Gods Of Rap. A lot of artists have reached out to me personally and through their managers and agents as they have seen the hugely positive impact the tour has had on the artists and their fans on this tour, and feel they could benefit from that too. There is huge potential on the tour side and on the brand side of Gods Of Rap alike. The merchandise has been a huge hit on this run, so that seems to have legs too. There are many ways I can build this, but we have to start with the foundation which is the music.”

So which acts are on your personal bucket list for the next installment of Gods Of Rap?

“I live this music and my bucket list is never ending but achievable. We have some very special artists in the works for the future… All of which are bucket list. If you can dream it, you can do it.”

So can we get DMX and Redman next year, please?