Greatest Gigs Part 3: The best shows ever, according to the music industry 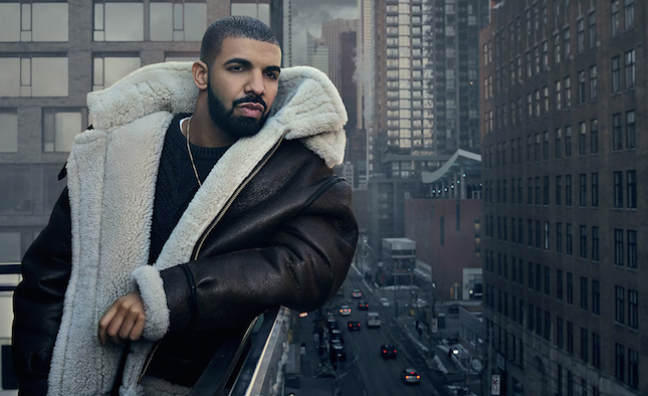 The coronavirus pandemic may still be shutting down the live business, but at least the gigs of yesteryear live on (and on and on) in our memory. Music Week recently asked a host of top artist and executives to reflect on the greatest gigs they ever saw (check out Part 1 and Part 2 if you haven't already), and we were inundated with responses.

Here Dua Lipa, Jeff Smith, Whitney Asomani, Paulette Long and many more recall some of their most treasured live experiences...

ELO
“The one that still comes to mind – and I’ve still got the programme in my loft – is ELO at the Empire Pool, Wembley [now Wembley Arena] in 1978. I saw ELO for the first time in 1978 and I’d been a fan for a couple of years before that. I was very young. But that was my most amazing experience. Having seen ELO as a kid, I got to meet Jeff Lynne in Los Angeles all those years later to try and persuade him to play in Hyde Park for Radio 2 [in 2014 ]. After that ELO show in 1978, punk took hold of me and I saw The Clash on the London Calling tour, which was very different!”
JEFF SMITH, HEAD OF MUSIC, BBC RADIO 2 & 6 MUSIC

DRAKE
“Besides a killer setlist, the stage design and audience interaction for Drake’s 2019 O2 show were top tier, from the digital stage, the projections and the flying yellow Lamborghini… Drake is an entertainer. I was fortunate enough to have a pass for the week and went to every show, because the energy on each night was incredible and every night had a surprise UK guest. Seeing J Hus perform just hours after his release from prison was a triumphant moment. Say what you want about Drake, but he knows exactly what people want and is very in tune to what's happening on the ground.”
WHITNEY ASOMANI, CO-FOUNDER, TWENTY:TWO AGENCY

RAGE AGAINST THE MACHINE
“The gig that stays with me the most is Rage Against the Machine at my first Glastonbury [1994]. I think I was 12. A kind soundman let me sit up on the scaffolding when the moshing started.”
MARCUS O’DAIR, DIRECTOR, FEATURED ARTISTS COALITION

NIRVANA
“In retrospect, the Bristol Bierkeller's capacity was 700, it was absolutely rammed and, according to the Official Charts website, Nevermind was still only No.66 in the UK Top 75. I'd seen Nirvana's mid-afternoon appearance at Reading a few months earlier, and this show kicked off their European tour on November 4, 1991. For a teenager caught up in that excitement, it was pretty life changing. A car load of us had driven an hour and a half to be there.”
ADAM WEBB, CAMPAIGN MANAGER, FANFAIR ALLIANCE

LUTHER VANDROSS
“It was Hammersmith Odeon on Valentines Night in 1987. He had a big heart-shaped bed on the stage. Just being the day it was, the songs that he had and the atmosphere, it was brilliant. I’m a huge Luther fan – you can’t beat old school soul.”
PAULETTE LONG, CONSULTANT

TRAVIS
“As a kid, I had a CD Walkman and I busted all my other CDs and just had Travis’ The Man Who album. I used to cycle around on my Chopper bike listening to it. I saw them at Piknik I Parken Festival in Norway, when I played there two years ago. It was raining, absolutely pissing it down and Travis came on and Fran Healy was wearing a kilt. I’ve heard that when people wear kilts they don’t wear pants, so that was funny and Travis are what, in their 50s or 60s? I don’t know, actually, that was an absolute stab in the dark! [Laughs] They were playing songs from when they were 20 with the same enthusiasm, that was fucking cool. All their songs are tunes. I seemed to know all the words, they’re imprinted in my soul.”
FENNE LILY

SUFJAN STEVENS
“Royal Festival Hall in 2011, The Age Of Adz tour. The album hasn’t aged very well (no pun intended) but this was so much more than a gig, it was a true theatrical spectacle culminating in a 25-minute version of Impossible Soul that was joyous and transcendent. A lot of fun and it embodied for me everything that is transformative about the live experience.”
PAUL REED, CEO, AIF

STEREOPHONICS/TOVE LO
“Just before lockdown happened, I went to see Stereophonics and Tove Lo, both very different experiences but so fun. It just felt special because it was whole idea of, ‘God knows when I'm going to next go to a concert’. That was quite surreal, going out and singing some of my favourite songs from both of those artists, but also having that feeling of not knowing when you're going to a live gig again.”
DUA LIPA

AITCH
“The best gig I have ever seen was Aitch performing at Reading & Leeds in the summer of 2019. The crowd was just going crazy, it was a tent with a capacity of around 7,000 people but it quickly over-filled to around 12,000. Aitch did Taste (Make It Shake), then brought out Jaykae to perform their remix of Ed Sheeran & Stormzy’s smash Take Me Back To London. The atmosphere was just amazing, the crowd was electrifying. It gave me goosebumps.”
MICHAEL ADEX, CEO, NQ

THE ROLLING STONES
“The fact that they can continue to keep those performances going at such high energy and with such a brilliant set of songs is amazing. At their Twickenham show in 2018, it was just the best atmosphere, people thought it might be the last one, and they pulled out all of the stops… And it was a beautiful summer’s day. I didn’t manage to get home afterwards because something went on with Twickenham station and everything was shut, but it was an amazing event.”
KIM BAYLEY, CEO, ERA

THE SEX PISTOLS
“Richard [Butler] and I and my other brother were waiting in line outside the 100 Club in 1976 when they arrived in a black cab. They stumbled out of it and they just looked so cool, it’s what made Richard and I want to be in a band. We saw the show and we were like, ‘Wow, you don’t have to do 20 minute guitar solos or 15 key changes’, it was just raw aggression and the image was just great. That blew us away, definitely the best show I’ve ever seen. What was cool about that show as well was that The Clash and Siouxsie And The Banshees opened up for them. I know everyone claims to be there, but Siouxsie And The Banshees with Sid Vicious playing drums was a sight in itself. Was he any good? I’d say, Sid was better image-wise than he was as a drummer, he barely kept time!”
TIM BUTLER, THE PSYCHEDELIC FURS

PRINCE
"I watched him at Hammersmith Apollo in 2002, which was fantastic, and then after the show we went along to the Marquee in Angel where he did an intimate gig that went on for hours. It was the best night ever, I got a double dose!"
SHAZNAY LEWIS, ALL SAINTS

ENTER SHIKARI
“I saw Enter Shikari in Liverpool in 2006 before they had an album out and it was the first crazy club show I’d ever been to, the first time I saw crowdsurfing and stagediving and all that stuff, so it probably made a lasting impression.”
HENRY COX, BOSTON MANOR

ARCTIC MONKEYS
"I had been following the band for quite a few months at this point as I was trying to sign them. This show at Jabez Clegg, Manchester, in June 2005 always reminds me of how great a band should be. How it should make you feel and made me feel. The energy, the fun, the sweat. A lyrical and melodic masterclass."
ELLIE GILES, STEP MUSIC MANAGEMENT