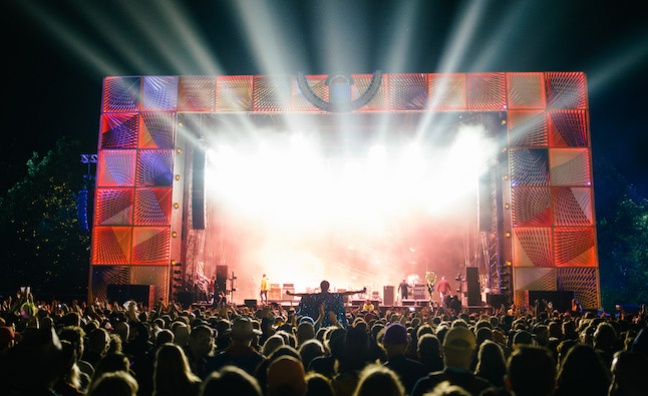 Green Man festival has confirmed its 20th birthday edition next year. Early bird tickets are on sale from September 28 for the festival on August 18-12, 2022.

Following the reopening of live music after the easing of Covid restrictions, the sold-out 25,000-capacity Green Man was able to return for its first event in the Brecon Beacons since 2019. In common with other festivals in Wales and the UK, the 2020 edition had to be cancelled, although some acts booked for last year played at the weekend including Friday headliner Caribou, Little Dragon and Thundercat.

"Green Man ‘21 was a joyous fest of incredibly relaxed, happy people delighted to be together after such a long time apart,” said Fiona Stewart, owner and managing director of Green Man. “We really are better together and experiencing that at Green Man was magical. We are really excited about Green Man's 20th anniversary which will take place from the 18th to 21st August 2022. Plans are well on their way and we can't wait to tell you all about it in the coming months."

The festival featured secret sets at the weekend from Squid and Laura Marling, who also performed with Mike Lindsay on their LUMP project. Other acts on the bill over the weekend included Shame, Self Esteem, Nadine Shah, Ghostpoet and Dream Wife.

The final day on Sunday also featured Green Man Rising competition winner Teddy Hunter, who beat off competition from 3,000 hopefuls and secured 30,000 votes to open the main stage. He was followed on the main stage by acts including Steam Down, The Staves and Nubya Garcia.

Following Fontaines DC’s closing performance, festival-goers made their annual pilgrimage across the site to witness the annual burning of the handcrafted Green Man effigy under the full moon.