How N-Dubz stunned the music industry: UTA's Gary Howard on their huge comeback 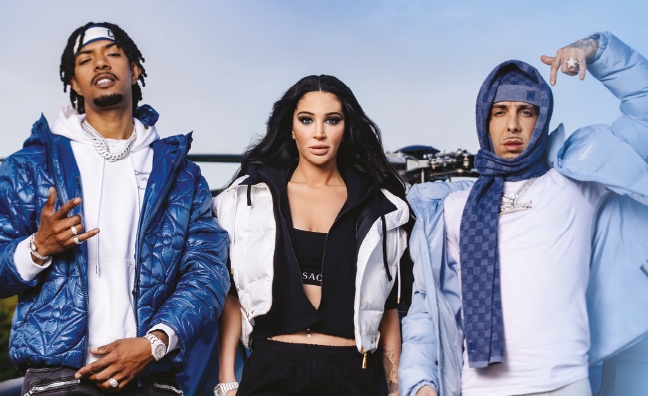 N-Dubz’s agent Gary Howard has spoken about how the trio smashed industry expectations for their tour.

The story behind the huge comeback features in the latest issue of Music Week.

The UK hip-hop and R&B group have reunited for the first time since 2011 with concerts and new music. With huge initial demand for their arena run in November and December, dates were soon added including a fourth night at The O2 in London.

Howard, the group’s agent at UTA, said N-Dubz have stunned the music business after shifting more than a quarter of a million tickets across 24 venues with promoter AEG Presents.

“As an agent, and for all of us in the music industry, we get these wonderful moments,” Howard told Music Week. “It’s been an amazing time and the band are also just blown away with the swell of love.”

Gary Howard suggested that rival agents and the wider business had not seen it coming.

“We’ve fooled an entire industry,” he laughed. “When we announced it, the industry was alight with ‘N-Dubz are coming back’, but no one could believe that it would work. From an agency perspective, all the other agents I know were talking about it. There was an email going around, I won’t say who sent it, saying that ‘Gary Howard does not know what he’s doing - this is no more than Shepherd’s Bush’, which is what most people thought.

“But I always knew what it was because I represented the band in their early days, and then we saw it just blow as it did. At the end of that first week, I understand that the person [who sent the email] did a retraction and said ‘Gary Howard’s a genius’, which is quite nice!”

Howard first worked with N-Dubz early in their career and was confident about the live plot when members Dappy, Tulisa and Fazer told him of their plans to regroup.

The UTA agent recalled their impact in the early days.

“It was pop culture,” he said. “Some people think I’m mad when I say this, but I liken them to The Specials, who were singing about growing up in modern-day Britain when I was a young kid. And that’s what N-Dubz did, they were ingrained in pop culture.”

Although there was no pre-existing N-Dubz social platform to help market the shows, the group’s team were able to use influencers to help reach a highly receptive audience of twenty and thirtysomethings.

For the general on-sale of the original 10 arena shows, the dates sold out in three minutes with half a million people logging on to try and secure tickets.

After the 11-year hiatus, catalogue streaming soared and their 2011 hits collection returned to the charts at a new peak of No.10. The group’s Greatest Hits album has sales of 224,404 (Official Charts Company), including 26,930 from streams this year.

N-Dubz had a string of hits and platinum albums before each pursuing solo careers. The group’s 2008 debut album, Uncle B, is their biggest with 644,495 sales, according to the Official Charts Company.

The tour dates were combined with a new hit for N-Dubz. Comeback single Charmer (Xploded Music) peaked at No.32 and has more than five million streams in the UK (OCC).

Howard steered highly successful live comebacks by Steps and Craig David. As with those acts, he said that new music was crucial to the return of N-Dubz.

“It was integral for me,” Howard told Music Week. “We wanted to make sure that this tour wasn’t just about nostalgia. It was about making them a contemporary artist and getting them to a new audience with a new set of kids, who are now discovering them.”

Howard confirmed that N-Dubz are looking at 2023 festival slots.

“The offers are coming in and you can imagine the offers are huge right now,” he said. “The business is going to be big for them.”