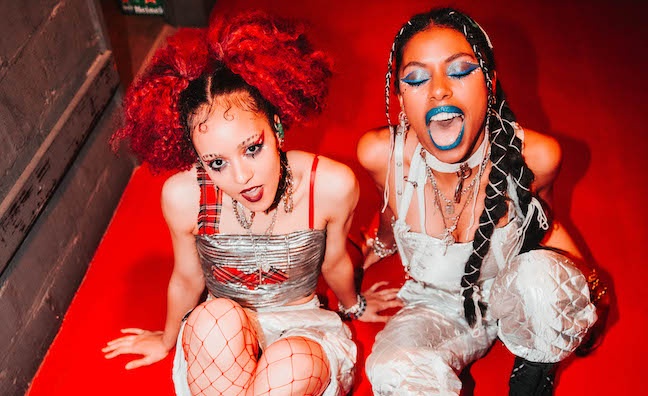 Today sees the official launch of a new nationwide initiative aiming to transform the relationship between hundreds of independent music venues and their local communities.

Developed by the founders of Independent Venue Week, Independent Venue Community (IVC) is encouraging small venues to offer daytime programmes of music-based activities in order to attract new audiences. With a strong emphasis on underserved communities and those living in areas of low arts engagement, this programming will initially target engagement across six specific strands:

The initiative was inspired by a wide range of pre-existing community organisations and programmes, including The Warren Youth Project in Hull and the Gig Buddies scheme for individuals with learning disabilities, as well as in-house projects like Soundcheck Sessions where young people aged 14+ can access a venue ahead of a live show in order to learn how things work behind the scenes and speak with the crew, artists and industry specialists.

IVC aims to create a new national network that opens new opportunities for both participants and venues.

The programme is also backed by a range of music industry partners and charities, as well as founding ambassadors Nova Twins.

Sybil Bell, founder of Independent Venue Community, said: “Independent venues are the absolute heart of the music business, from small villages, to towns and cities, all around the country. What’s less appreciated, however, is the role they can play as community spaces, where local people can express themselves, try new things or simply come together in person. From first hand experience, with initiatives like The Warren Youth Project in Hull or our own Soundcheck Sessions and BE, activity like this can have genuinely life-changing outcomes for people, especially those who don’t normally get access to these kinds of opportunities .

“Our goal with Independent Venue Community is to harness these individual pockets of brilliance, and to inspire more venues to engage with groups and individuals in their area. Ultimately, we want to build a national network of engaged local communities, and encourage more music venues to throw their doors open in the day. By doing this, I believe they can increase and diversify the people coming through their doors and unlock significant hidden value and talent. It’s a win-win situation.”

Amy Love & Georgia South (Nova Twins) said: "Independent venues and the communities that surround them are the heart of the music industry. They are the foundation of many great bands, technicians and crowds of like minded music lovers. The independent scene is the ecosystem that feeds the whole industry, encouraging new artists to grow and maintain independent sustainability. Without it, the history, culture and existence of UK live music, as we know it, would eventually die. We need to keep fostering diversity within this space, as it’s the make-up of all the music we love, from the bands on stage, the crews working alongside them and the fans attending.

"When we were coming up, we were one of the only women and people of colour on the bills and in the crowd, a lot of the time. It was isolating and we were often met with confusion or rejection because of some people’s lack of education and experience. Music is for everyone. People should be given the same opportunities regardless of where they are from, their race or sexual orientation. Everyone should feel welcome and have a safe space to enjoy music freely."

IVC’s second founding Ambassador, Big Jeff Johns, was recently hospitalised after a house fire. While he undergoes a long period of recovery, IVC will keep the position open until he is ready and able to take it up.

The initiative has also picked up widespread support from venue owners around the UK.

Dom Frazer, director & founder at the Boileroom Guildford, said: "From day one, our guiding principle at The Boileroom was to create a genuinely inclusive space, where everyone in our community can participate in culture and live music.

As well as supporting the next generation of artists, that also means we provide an alternative entry point into the creative and cultural industries - which is something we take incredibly seriously. On a local level, the results of this approach have been amazingly impactful. Expanding it into a national network through Independent Venue Community could be even more transformative."

Joe Bailey, director of Out Loud Music, who runs The Smokehouse venue in Ipswich, said: “Our work at The Smokehouse has been transformative since opening in 2016. We set up Ipswich's first grassroots venue which has spiralled to running multi-venue festivals and taking on two more venues opening in 2023. We have always had a daytime offer which has been crucial to our survival, especially with achieving funding during the pandemic to keep alive. Using music, radio and media, we work with young people with SEND, adults with mental health issues, girls groups and our local disadvantaged communities. Working with IVC will help us be recognised by other venues on a national level and we hope to share our experiences with them to help create a bigger and better offer to all of our communities.”

Rokib Miah, of the Tivoli Venue, Buckley, North Wales, said: “As an independent venue in a rural surrounding, we were happy to host a Soundcheck Session. It opens doors for the younger generation to get an insight to what happens at the venue before the bands hit the stage, and we were chuffed to have Massive Wagons agree to help out. The young people were treated to a full soundcheck from the band, and received an insight into how they prepare for a performance. We also had the sound crew buzzing around and on hand to answer any questions. It was a great experience as an independent venue to host the event and invite the youngsters in to see and experience a true gig experience.”