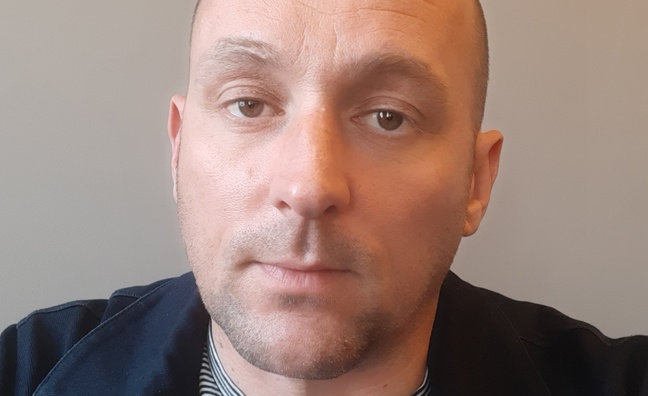 Get your trains to the seaside booked: after being on pause as a physical event during the pandemic, The Great Escape Festival finally returns this week.

+44 from Amazon Music will be showcasing an evening of exciting new artists at Patterns on Friday May 13. The Amazon Music Patterns Takeover has been curated by the team behind +44, and the line-up includes Debbie, Cristale, Sainté, and Wewantwraiths.

Girls I Rate, meanwhile, will celebrate the best and exciting new women in music with sets from Kay Young, Sha'Simone, Amaria BB, Nqobile and N’isha at Patterns on Friday May 13 .

As well as offering an essential talent showcase,The Great Escape will once again provide a home to a music conference, with industry delegates having access to three full-day CMU+TGE conference strands, a series of keynote in conversations, a stack of panels and parties presented by TGE's industry partners, plus networking sessions and the TGE Elevate Sessions.

Here, Adam Ryan, head of music at The Great Escape, talks us through what to expect from this year’s live showcase extravaganza…

To start on a personal note, what does it mean to you to have TGE back after it was paused due to the pandemic?
“Being back in Brighton supporting the venues, labels and music community means the world to us. In 2021 the ongoing pandemic pushed us online, where I think we did a pretty good job of delivering a great virtual showcase and I’m proud of the team considering none of us had produced anything like that before. That said, it's a huge relief to be able to host an in-person festival this year in Brighton. It’s an amazing city and the perfect host for us and such a varied event. The Great Escape’s a fantastic platform for showcasing new artists and introducing them to a global audience.”

What does TGE represent in the UK festival space as of 2022 – what makes it unique?
“TGE represents a coming together of the whole music community. We work with over 50 partners across the weekend tying together export offices, agencies, record labels, promoters, and media partners and sponsors. A lot of people feed into the ideas and bookings. Another reason the event has lasted so long is because it holds a space that’s desperately needed: it’s a place to support new music, artists and the future live industry leaders. Alongside the live shows and beers we run workshops, panels and talks aimed at inspiring people and shining a light on hidden pathways into the music sector. There just isn't a gathering of the live industry like it here in the UK that brings the global community together – we’re working with people from Chile to China. TGE brings together the global music community to Brighton for three days and it's a wonderful time of year to be down by the coast and check in with people from all over the world, all while watching some amazing acts.”

What's the biggest difference between its first incarnation and what it has become?
“TGE was formed in 2006 when indie music ruled the radio. Guys and guitars were very much in vogue so the first editions reflected that. We have evolved over time and become a lot more inclusive, which is something we pride ourselves on. An important part of that is working with stage hosts that can help us push things forward. One of the reasons I’ve worked on TGE as long as I have, seven years, is because we rebuild the show after each event. This year we are extremely proud to be partnering with Gay Times who have helped curate a fantastic line up, bringing us the rebirth of Rebecca Black via Revenge. On Friday of course. Girls I Rate, Vocal Girls Club and DJ Ace’s Record Box have also helped freshen up the bookings. All these small steps will hopefully help bring change to the wider festival industry I hope and help create more inclusivity on larger events.”

The event has lasted so long because it holds a space that’s desperately needed: it’s a place to support new music, artists and the future live industry leaders

TGE prides itself on being the place where you "discover new music and see artists in an intimate setting before they go onto headline festivals" – what are the biggest examples of that over the years? Which artists did TGE really help on their journey?
“Foals, Ed Sheeran, Lewis Capaldi, Skepta all had moments at TGE. Christine And The Queens playing Queens Hotel. Lizzo playing Brightelm. Slaves destroying the pier. 1975 at Paganini Ballroom. All were perfectly timed moments. We’ve been very good at checking the mood and catching artists just before they break. We do have an amazing track record but for me the best thing about TGE is what we can do for the smaller acts. Helping them get future bookings across Europe, securing a manager or live agents, and sync opportunities, introducing audiences to that new Latvian act you didn’t know you loved so much... These are the real success stories in my eyes.”

So who are you expecting to make big waves at this year's event?
“Building this year's event has been hard. Most of the countries we work with were in lockdown when offers were being sent and here in the UK the live scene has been on pause. So there are a lot of acts that should be further along in their live career than they are. I'm excited to see Blackhaine, Piri and Tommy, Tyco Jones. Daytimers and Bru-C will be hosting club nights and Christian Lee Hutson and Kathryn Jones will be offering something more relaxing if you don't fancy a mad one. Mickey Callisto, High School, Wallice, Amaria BB are all hotly-tipped. We're also excited by Tems, Enny and Gabriels who will all be performing with full bands which is going to be a very special moment at The Dome. Everyone will have a different take home and that’s important to us. We’re just grateful to be able to have these conversations again.”

What does this year's line-up say about the state of emerging UK talent right now?
“In some ways this is the first year of TikTok artists. It’s going to be interesting to see how those huge followings translate into live. On a more positive note there is so much amazing music out there at the moment and people seem to be listening to a wider range of genres than ever before. This makes my job a lot more fun. The UK indie scene is alive and well. Guitars are definitely not dead and there's a fantastic UK RNB scene happening right now. Hip-hop and drum’n’bass are also having a great moment – the future's looking very bright.”

More than just a music festival, TGE also boasts a conference aspect to it. How important has that side of things become?
“Chris Cooke at CMU is incredible and the brains behind the conference. Unlike other music conferences where you have a more scattered approach to the panel topics, TGE picks a topic to tackle each day and this helps us to action what's been discussed. There's nothing worse than the same four people talking about the same issues year after year. We’ve really focused on making our Saturday an education day for anyone that wants to learn how to make money from music, whether you’re a musician, promoter or future manager. Our Elevate programme is a professional development programme for early-career music business executives, entrepreneurs and aspiring music-makers, and is made possible with the kind support of Arts Council England. We’re extremely proud of being able to bring young people together and help them create their first connections. The people around you at the start tend to be the people and connections that stay with you and help open doors in the future.”

Finally, which panels are you excited about this year?
“We’re putting the spotlight on the recent headline-grabbing court battle over Ed Sheeran’s hit Shape Of You by speaking to the team that advised him. Simon Goodbody from Bray & Krais, Rayan Fakhoury from Blackstone Chambers and music publishing consultant Jim Doyle will be in conversation with CMU’s Chris Cooke, explaining the background to the case and the legal arguments that were presented in court. We have also just confirmed Asher D who will host an In Conversation with DJ Target. Speaking about everything from So Solid Crew to Top Boy. Music PR legend Barbara Charone will be talking to journalist Jacqui Swift through the highlights of her career in the music industry – ahead of the publication of her memoir Access All Areas: A Backstage Pass Through 50 Years Of Music And Culture. Barbara will select some of the key moments of her career, provide her insights on a music and media industry that has changed multiple times during that career, and will discuss what it was like writing her memoir.”