'It's a huge broadcast event': BBC gets set for The Biggest Weekend 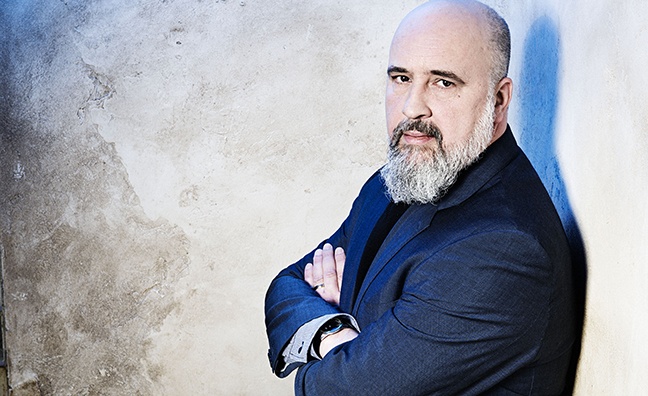 After a long build-up and a lot of preparation, the BBC launches The Biggest Weekend today (May 25). The four-day festival is staged at sites in each of the nations with the involvement of the broadcaster’s radio networks. A total of 175,000 tickets went on sale for Swansea, Coventry, Perth and Belfast, and more than 100 artists will perform.

The BBC has also cleared its bank holiday weekend TV schedule for The Biggest Weekend, which is bolstering the corporation’s live music output during a fallow year for Glastonbury. Here, Rhys Hughes, BBC head of live music & events, popular music, takes Music Week inside the plans and strategy for the one-off festival…

How is this collaborative effort going?

We’ve got 20 hours of terrestrial TV coverage, 120 hours of streamed stage content on the iPlayer, we’ve got the radio stations broadcasting from sites for the whole event. So it is the BBC at its best, pulling together across all platforms.

What have you learned since starting in your role last year?

I’ve had to learn when to delegate because we’re across four sites, so it’s quite a logistical feat to pull us all together. Not only do you have four festival sites all running across the same weekend, but then you put radio and TV and online on top of it. It’s a huge broadcast event in itself – just the TV side of it is a huge logistical feat.

Does the involvement of presenters such as Graham Norton show the BBC’s commitment to The Biggest Weekend?

Yeah, definitely. Graham Norton is very much BBC One, and we’ve got two and a half hours on BBC One. It’s using the power of the BBC presenting talent to draw all the different platforms together.

What’s your benchmark for success?

Delivering four festivals that the audience enjoys. Also, that it sounds great on the radio, the sets look great online and the TV pictures look really good. I think the four sites are all quite different visually, so I’m hoping that it will be a visual spectacle on television. The backdrop of the sites we’re in will give you that sense of place. So, Scone Palace in Perth feels like a Scottish castle. Belfast on the Titanic Slipways will feel very industrial and will work brilliantly with Underworld and Orbital.

How do you think The Biggest Weekend will compare to the Glastonbury effect for artists involved?

What is slightly different with this event compared to Glastonbury is that it’s probably even broader in some respects, because we’ve got classical elements with Radio 3 – although Glastonbury does some world music and jazz. The line-up across the piece is really strong. I’d like to think that, in a year with no Glastonbury, this is showcasing a lot of fantastic UK talent, but also bringing great global talent to the UK. I’m really delighted with the line-up.

Is it quite important to have artists who have come back with big songs or albums?

Absolutely. Securing Florence + The Machine as a headliner says a great deal about [the line-up]. Having Noel and Liam Gallagher both playing – although in different countries on different nights – is quite interesting. I’m really delighted with the 6 Music line-up [also including Beck, Manic Street Preachers, Courtney Barnett, First Aid Kit] as well, it’s really good. The other thing to say is, with the UK fringe festival we’ve had 150 venues who signed up with gigs happening in the back rooms of pubs all over the country in the run-up to the main event. The outreach and support of local grassroots venues is really important as well.

There’s a lot of excitement down in Swansea about them. Are they going to perform together? We’ll just have to wait and see…

Is it important to have new and breaking artists like Jorja Smith, Stefflon Don and Not3s?

Absolutely, from a Radio 1 and 1Xtra perspective, to have those up-and-coming new artists is really important because they’re the lifeblood, they’re the hitmakers of the future. Radio 1 reflecting and nurturing the new generation of talent is important.

Are there any key partners involved in the live business?

We tendered this out last summer and Festival Republic are running the four sites for us, they’re our production partners on the full event. We’re also partners with the four councils of the locations as well, so it’s very much been a collaborative effort.

It’s a one-off, but if it goes well this weekend could you revisit The Biggest Weekend?

That decision is probably above my pay grade! I’m already starting to think of locations for next year’s Radio 1 Big Weekend.

Does this feel bigger than Glastonbury?

It’s comparable with Glastonbury, I wouldn’t say that it’s bigger. I think it is a big deal. What I’ve been really delighted about is the breadth of diversity of acts. From grime on 1Xtra to the classical and jazz to the country. Every genre is catered for. I’m really pleased with the strength of the line-up.

To read the Music Week interview with Rhys Hughes, pick up the latest copy – or subscribers can click here. To subscribe and never miss a big industry story click here.