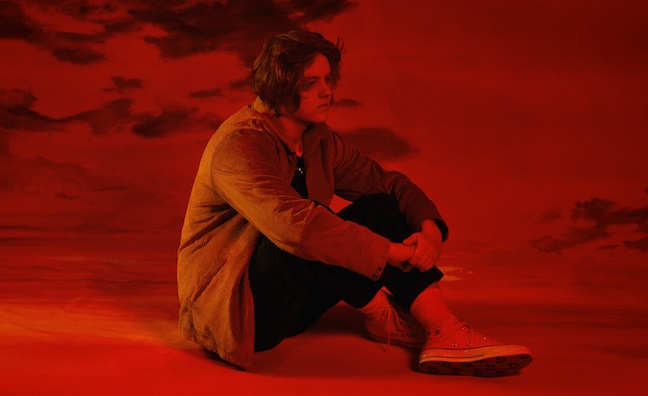 Lewis Capaldi's booking agents have given Music Week the inside track on the pop phenomenon's incredible live business.

The singer has extended his 2020 UK and Ireland tour, adding a second night at The SSE Arena Wembley for Friday, March 13 and a show at TECA in Aberdeen on Sunday, March 15. He has already sold out two nights each at Glasgow's SSE Hydro, 3Arena in Dublin and O2 Apollo Manchester and one at Motorpoint Arena Cardiff, along with the first Wembley night.

The recent Music Week cover star previously sold out his 2019 November/December dates in an instant, and all tickets have also been snapped up for his summer shows at Edinburgh Summer Sessions and Scarborough Open Air Theatre. His feats are all the more remarkable considering his debut album, Divinely Uninspired To A Hellish Extent (Virgin EMI) is not released until May 17.

"It's a phenomenal thing," said Alex Hardee, who reps the chart-topping star alongside fellow Coda agent Ryan Penty. "It is very unusual to put an arena tour up before his debut album's out, but there's just such a demand for tickets."

It is very unusual to put an arena tour up before his debut album's out, but there's just such a demand

Capaldi topped the singles chart for seven weeks earlier this year with the piano ballad Someone You Loved (883,221 sales, OCC) and is on course to have two song in the Top 5 this week following the release of the instant grat, Hold Me While You Wait. His 2017 track Bruises, meanwhile, has been streamed more than 120 million times on Spotify.

"He's already got the catalogue to back it up," added Penty. "Someone You Loved is only just becoming his biggest song. Bruises hasn't even been released [as a single] and up until a few weeks ago it had done more streams, so he's got the songs to back it up already even though he hasn't even put his album out yet.

“Normally when your single connects, you need another single to back it up, but I think his personality is the main thing that shines through. Being on the Radio 1 Brit List really helped, as did the way they backed him through three singles. And obviously he’s undeniably good live.

“Next year, we’re going to do very strategic plays. We don’t want to overexpose him – he’s special and he’s going to be here for a long time, so we want to do it the right way.”

The 22-year-old Scot will also support Ed Sheeran at his UK outdoor shows in August and has previously opened for the likes of Sam Smith and Niall Horan.

"Ultimately, the reason we would get them is because the headline artist would be a fan of Lewis," said Penty. "Sam Smith absolutely loves him, Ed Sheeran messaged him to ask him to play the shows in the summer and he's been championed by a lot of other massive artists as well, which is great. He's got a lot of crossover with other artists' fans, which has driven the socials."

Capaldi's social media accounts continue to go from strength to strength, with 1.6 million followers on Instagram and 370,000 on Twitter.

"They have been unbelievably important, the main driver," said Penty. "I noticed that every time Scott Mills played [Someone You Loved] on the radio, he would say, 'Lewis Capaldi is hilarious, check him out on Instagram', and was actually driving people towards the socials. And somebody said to me the other day that, 'Every time I log onto anything on any socials, Billie [Eilish] or Lewis is all I see', which is great."

Capaldi has also announced a unique fan initiative, LiveLive, set up for those who experience anxiety, panic or further emotional difficulties and have concerns about attending the shows.

All proceeds from a compulsory 50p extra charge at checkout for each ticket sale goes solely towards providing a dedicated team at each venue who are expertly trained and qualified in assisting fans with panic, anxiety or any other concerns they may have. Fans can simply visit the signposted help points inside each venue which will be open before, during and after each show.

Subscribers can read our Capaldi cover story in full here.