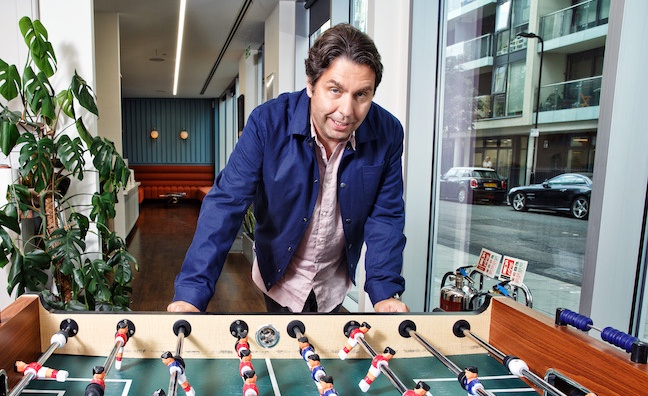 Paradigm agent Alex Hardee, former Music Week cover star and the talk of the Music Week Awards 2018, has warned the concert business could be in for a "tough few years" after ticket sales for the biggest shows dipped in the first half of 2019.

While the decline is relatively modest, Hardee is concerned it is not a one-off.

"I predicted it all last year on loads of panels and everyone looked at me like I was mad," he told Music Week. "The market has shrunk, the festivals have shrunk and every aspect of the festival world is overpaid. It's the only business where the profits are being squeezed and the costs are going up.

"Some of them are making money and surviving – the big one's have done all right – but some of them are going to fall over. A promoter can probably handle the loss one year, or even two years but then some of these people will throw the dice again and they'll get in trouble, so I think next year's going to be worse.

"It's going to be a tough few years for everyone and things will disappear because there isn't as much money around."

"People don't have to go out anymore," he said. "Millennials don't like festivals as much as the generation before and one-day events, where you don't camp, seem a lot more popular. But the main reason is an over-saturated market – there's just too much product out there and there is definitely a crunch happening.

"Everyone's seen all the headliners and they just keep on coming round again and again, apart from a Billie Eilish or a Lewis Capaldi, there's no movement for the kids.

"There are hundreds of reasons why there's a recession but I suppose the main reason is there's been 16 years of solid growth, so at some point you have a readjustment."

The dip did not extend to the world's biggest promoter Live Nation which last week, in its Q2 financial results, reported sales of 73 million tickets for shows so far this year, up 6% from the same point last year.

Hardee was a partner in Coda Agency, which merged into US giant Paradigm last week following a five-year partnership.

"It's not a good time to be independent because there's going to be a recession in the industry," he added. "When there's a recession growth happens by things falling into things, so I think we will acquire more agents, more sides of the business and we'll grow.

"Since Coda became Coda [in 2002], there has not been one year without growth and we'll continue to grow."