'It's such a unique and versatile space': Sam Kandel on The Warehouse Project's 2019 season 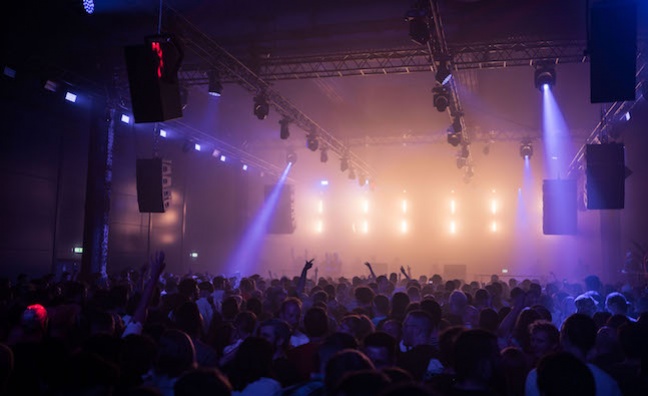 It’s a huge year for The Warehouse Project with its move to the new 10,000-capacity Depot venue in Mayfield – up from just 2,000 at its former home in Store Street.

The season continues with CamelPhat (October 25), a night curated by Four Tet (October 26), Annie Mac Presents (November 2) and the Homobloc show staged by Homoelectric featuring The Black Madonna, Roisin Murphy and Robyn (November 9). There are also Warehouse Project gigs from Skepta (November 23), Above & Beyond (November 29) and Underworld (December 5).

The Warehouse Project has been running in Manchester since 2006. Here, co-founder Sam Kandel takes us inside the 2019 series…

What are your hopes for the new venue?

“Our ambition with it is to create a brand new experience for everyone. It’s such a unique and versatile space, it just means that we can do something completely brand new. So, yeah, it's really just about forging this completely new environment for everyone. And obviously with the potential capacity in there, it means we can do a bit more with the line-up and start bringing a lot more variety back into it.

“We’ve always been fortunate to work with a lot of big names – we’ve had everyone from New Order to LCD Soundsystem to A$AP Rocky. But at Store Street, sometimes it was difficult to deliver the production to the degree that we would have liked. It was always a very good experience. But obviously with this increased capacity in this space, it means we can go further with that.”

Do you want to book different kinds of artists in this venue?

“I supposed we’ve always strived to have that kind of variety anyway. The first artist we ever booked for The Warehouse Project was Public Enemy. That opening weekend was Public Enemy, Kasabian and then a big house and techno dance thing as well. So that variety has always been absolutely core to the brand. Obviously, it has dance music in its DNA. But we certainly want to use this opportunity at Mayfield to open it up and make it as varied as we can. At the core of that Warehouse Project experience is that late-night feeling, so lots of hip-hop, lots of dance music. We want to keep it as far and wide as we can.”

The demand across the board has been very strong

“There are slighter fewer shows this year than there have been previously. With the increase in capacity, we’ve been careful not to overcook it. The demand across the board has been very strong. So we think there's a lot of intrigue about the new venue. And we’ve got some big flagship shows. That 10,000 capacity gives us the flexibility to scale everything as it needs to be scaled, which is fantastic. It means everyone's got plenty of room, it means we’ve got the opportunity to add to the experience rather than just bring everyone into a room and have them staring at a DJ for 10 hours. [But] the 10,000-capacity is certainly not something we’re even attempting to do on a weekly basis.”

“We’re working with Homoelectric on the Homobloc [event]. That’s more like a festival-style experience with Roisin Murphy, Robyn and The Black Madonna. We've been talking to Homoelectric literally for 20 years about working with them on a bigger event and Mayfield provides the perfect canvas for that.”

Skepta is a familiar face at The Warehouse Project…

“Yeah, it’s the third time that Skepta will have curated a night, so we have some history with him. He's headlined Parklife before too. That’s certainly one that we’re very excited about.”

Aphex Twin was a big statement for the opening night at Depot last month. What’s your history with Richard D James?

“We’d completed our first year of The Warehouse Project at Boddingtons [Brewery] and we weren't actually sure whether we were going to do it again. Sacha [Lord, co-founder] was like, ‘Of course we’ve got to do it again, we'd be absolutely mental not to’. So I said, ‘Tell you what, let's try and get Aphex Twin’. It was back in 2007, and at that point Aphex Twin hadn’t done a show for years and years. I decided that if Aphex Twin confirms, we’ll do it again, and if he doesn’t then we’ll knock it on the head.

“I phoned his agent, who said, ‘That is bizarre that you’re calling me right this second, because I’ve literally just put the phone down, he wants to do something’. And then it was confirmed within a week, and we were doing The Warehouse Project again. So we've had this good history with him, he played that year, and a couple of times after that. He was the perfect artist to open the series.”