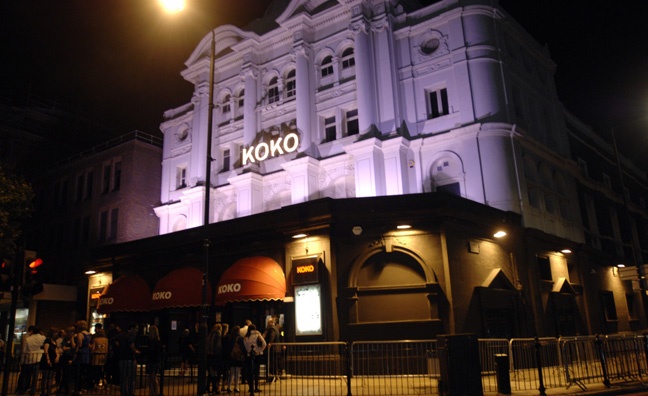 The owner of London's Koko has said he is "deeply saddened" following a fire at the venue.

Around 60 firefighters tackled the blaze to the at the Camden High Street nightclub after being alerted just before 9pm on Monday (January 6). The cause of the fire, which was contained to the roof, is currently being investigated.

"We are deeply saddened by the fire that took place at Koko last night and pleased to announce there have been no casualties," said Koko's owner, Mint Group founder Oliver Bengough, in a statement. "We want to thank the London Fire Brigade for its quick response and how well it handled the situation."

The venue was undergoing a major transformation and was due to re-open in the spring this year.

The 1,500-capacity Camden venue has been closed since March 2019 while it underwent a "major, state-of-the-art refurbishment" and was due to reopen in the spring of 2020.

"The amount of support we have received from the public has been amazing and we’ll be doing our best to get the redevelopment of this iconic building back on-track," added Bengough. "We will provide further comments as circumstances become clearer."

The whole team at KOKO are incredibly grateful for the swift action of the London Fire Brigade #LFB helping to contain the fire;our beloved KOKO is still standing ??.We will be back with an official statement once we have had time to properly assess the consequences of the fire pic.twitter.com/fC8hrUsH9B

Koko was previously forced to close temporarily in late 2018 due to a "structural issue", which caused a number of shows to be cancelled or moved to alternative venues.