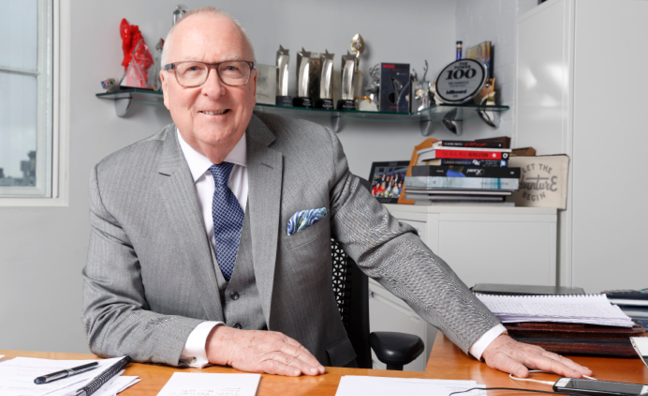 UTA’s global head of touring and bona fide live music legend Neil Warnock was awarded an MBE. Warnock – who this year celebrated 50 years as a super agent – has already won the highest honour in the music business, picking up Music Week’s Strat Award in 2015. Warnock has also been involved with the music charity Nordoff Robbins for 43 years.

“I’m absolutely honoured and humbled to receive this prestigious accolade," said Warnock. "The work that Nordoff Robbins does is so important and the changes that they have made to vulnerable and isolated peoples’ lives are immeasurable. I would like to recognise all the therapists and people working at the charity who work so hard to make a difference to those lives every single day.”

"Neil has worked tirelessly for Nordoff Robbins as he believes so passionately in the power of our music therapy to help the most vulnerable and disadvantaged people," said Julie Whelan, Nordoff Robbins CEO. "This recognition is hugely deserved for him and we of course are just so grateful for his energy, determination and commitment to our work which has made a massive difference across the UK.”

Musicians were also honoured: Pink Floyd’s Nick Mason picked up a CBE as did legendary composer and producer Nitin Sawhney. Pop singer and vocal coach David Grant was awarded an MBE, as was singer-songwriter Gordon Giltrap. Mike Peters from The Alarm picked up an MBE for his charity work.

In the classical world, violinist Nicola Benedetti was made a CBE, while conductors David Hill and Stephen Darlington picked up MBEs, as did pianist Christian Blackshaw and jazz musician Tommy Smith. Composer and musician Shirley Thompson was awarded the OBE.

And anti-secondary ticketing campaigner Claire Turnham, founder of the Victim Of Viagogo group, was awarded an MBE for services to consumer rights.