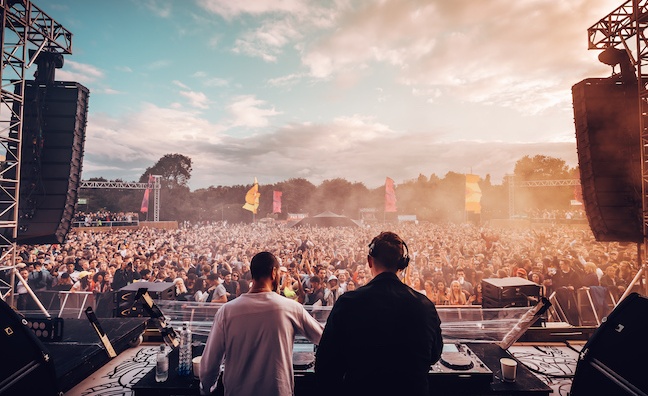 Underground dance promoter LWE's flagship Junction 2 Festival is slated to return next summer after organisers repositioned it as virtual livestream event J2V for 2020.

The festival, which launched in Boston Manor Park in 2016, is scheduled to return in physical form from June 4-5 next year.

“It was looking like it was going to be our strongest summer yet so it was enormously disappointing,” said LWE (London Warehouse Events) co-founder Paul Jack. “But out of that disappointment there was the excitement of J2V being born, so some good has come out of it."

Hosted in a custom-built online world, the event was broadcast on multiple platforms including YouTube, Twitch and Beatport, and attracted 3.2 million views across 205 countries.

“It was very stripped back and felt quite raw," continued Jack. "That translated into a bit more of a rave atmosphere, in as much as you can get that when you’re in your lounge, watching on a laptop, and not actually at a party.”

Tobacco Dock promoter LWE is set to present CamelPhat at SSE Arena, Wembley next April and had been due to launch its first international festival, ION, in Albania this month.

“This was our first foray into a festival abroad and tickets sold very well,” added LWE co-founder Will Harold, speaking in this week's magazine. “So it’s made what was possibly going to be our best summer into a summer where we’ve had to adapt and change and find different ways to do things.

“We are also looking at other markets. We’ve been looking at India particularly, but we will be led by the sites and by finding interesting places. We looked at countless places before we found the site in Albania.”