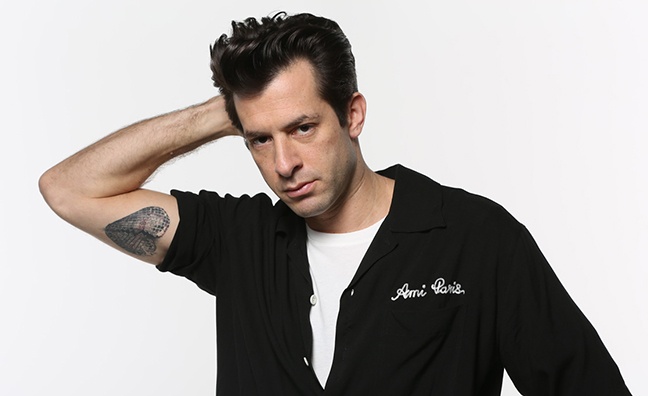 Mark Ronson is to headline a new dance night at Radio 1’s Big Weekend on May 24.

BBC Radio 1 has announced the addition of an extra night at the festival, which takes place in Middlesbrough from May 25-26.

Ronson, who stars on the cover of the new edition of Music Week, is joined on the bill by MK and Purple Disco Machine. Wilkinson, Sub Focus and Dimension will also perform together on the night.

Miley Cyrus, Stormzy, The 1975 and Little Mix are among the acts set to play across the weekend.

Mark Ronson said: “I can’t wait to play Radio 1’s Big Weekend. From my very first one back in 2007 all the way until now, it’s always such a great vibe and great crowd. I’m psyched to start my summer playing some bangers with Annie Mac and the crew.”

Wilkinson added: “It’s all about collaboration. Myself and Dimension did Rush. Then I did Take It Up with Sub Focus. Then Sub and Dimension did Desire. It’s just great to work with friends who you are fans of and we all hang out on the road all the time. Really looking forward to this. A proper one-off!”

I’m psyched to start my summer playing some bangers

Sub Focus said: “We’ve all become friends and collaborators though years of touring and releasing music together but this is the first time the three of us have linked up to do a set, it’s about time!”

Purple Disco Machine commented: “I can’t wait to play Big Weekend. I’m so honoured that I’ve been asked! Radio 1’s Ibiza Weekend was so much fun and I just know that playing to a UK audience, the home of BBC Radio 1, is going to be next level.”

Gates open at 4pm and the event finishes at 11pm. Tickets are available those aged 18 and over from 7pm on Friday, April 26, priced at £10 plus £2.50 booking fee. Radio 1 will broadcast live from the show from 7pm-1am.

Radio 1’s Big Weekend is now in its 16th year, and the BBC is working closely with Middlesbrough Council and Tees Valley Combined Authority for a show, which is in line to generate £3.5 million for the local area.

Highlights from across the weekend will be broadcast across Radio 1, BBC One, BBC 2 and the iPlayer.