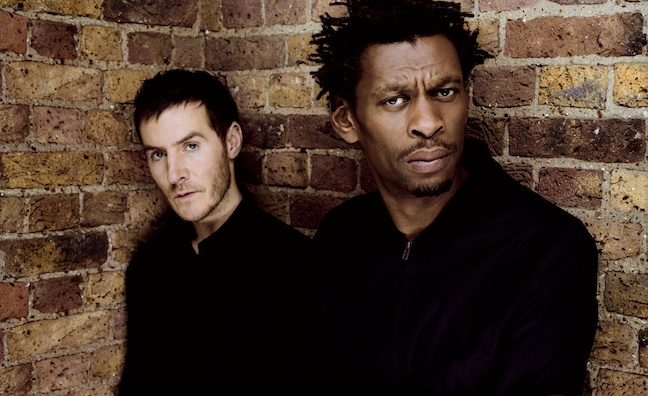 Massive Attack have published an open resource for the live sector on reducing emissions.

The Roadmap To Super Low Carbon Live Music was commissioned by the band and produced by the Tyndall Centre for Climate Change Research, a specialist body that brings together scientists, engineers, economists and social scientists to accelerate the transition to a sustainable low carbon future.

As an immediate response, Massive Attack have designed six major emissions reduction modules, which will be trialled during the group’s 2022 tour.

The band are also working with industrialist Dale Vince and Ecotricity to design bespoke partnerships with a wide variety of music arenas and venues, in order to create greater renewable energy capacity for the UK grid, help train event staff to run and generate sustainable operations, and to introduce vegan food options in front and back of house set ups.

Massive Attack now plan to help contribute answers to the questions posed by the report for the live sector.

The group said that while carbon reduction targets can seem overwhelming or unattainable, they have seen a 31% drop in the most carbon intensive band activity by switching to rail. Bio-fuel can also help reduce emissions.

“The band would also want to see these transitions carried out fairly and equitably, in order that smaller independent venues and festivals who have suffered so badly during the Covid-19 pandemic don’t suffer further – and are financially supported in their own adaptations, by both the government and the sector overall,” said Massive Attack.

Robert del Naja (3D) added: “We’re grateful to Tyndall Centre analysts for providing our industry with a comprehensive, independent, scientifically produced formula to facilitate industry compatibility with the Paris/1.5 degrees climate targets – but what matters now is implementation. The major promoters simply must do more - it can’t be left to artists to continually make these public appeals.

“But our sector is operating in a government void. Nine weeks out of COP26, where is the industrial plan, or any plan at all, for the scale of transformation that’s required for the UK economy and society? Fossil fuel companies seem to have no problem at all getting huge subsidies from government, but where is the plan for investment in clean battery technology, clean infrastructure or decarbonized food supply for a live music sector that generates £4.6 billion for the economy every year and employs more than 200,000 dedicated people? It simply doesn’t exist.”

The full report is available here.