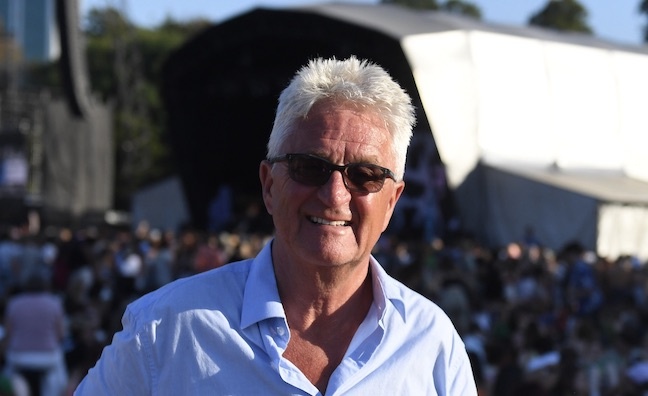 This bank holiday weekend marks the return of the Reading & Leeds Festivals, and Festival Republic MD Melvin Benn has predicted its “extraordinary” line-up is set to deliver some huge moments.

Six headliners are set take to the stage across three days, with Dave, Megan Thee Stallion, Arctic Monkeys, Bring Me The Horizon and Halsey all lined up, plus The 1975 – the latter stepping in last minute to replace Rage Against The Machine. That's on top of a stacked bill including Little Simz, Wolf Alice, Charli XCX, AJ Tracey, Run The Jewels and many more.

Here Music Week speaks to Melvin Benn about what to expect, the festivals' ever-increasing representation of UK rap and grime on its stages, the gender diversity of its line-up, the last minute replacement of Rage Against The Machine and the progress he’s already made on 2023’s headliners…

How do you feel about the line-up for this year’s Reading and Leeds festivals?
“I think it is an extraordinary line-up and I think it's pretty obvious the fans thought that too. It feels like we've got an awful lot of things right. I took a decision, many years ago, to bring in BBC Radio 1Xtra, as part of what was then perceived as ‘Reading Rock Festival’ – although in fairness the dance tent has also been around for quite a long time. But the move towards having a stage dedicated to hip-hop and grime was quite a step forward at the time. But it means that Reading and Leeds now really does represent a broad section of young people's music culture. Then there’s having two main stages: Main Stage West and Main Stage East. That’s really given us the opportunity to put two headliners on each night with full production, the full show. That's given us an extra edge too.”

And you have Dave in a headline slot too…
“And he will be our youngest headliner. My production manager here in Reading has just been excitedly showing me the Dave set. He’s been at rehearsals and saying to me, ‘My God, this is going to be something special’. When you book a headliner, you obviously don’t know what the show is going to look like, it’s their creation after all. When it gets closer to the time, you have the production teams talking to one another and you know a bit more. And I know that Friday night is going to be amazing.”

Does it pay off for you, working with acts from the beginning?
“One hundred per cent. We have the Arctic Monkeys headlining this year. Many years ago they were starting out and playing what was then called the Carlsberg Stage. There are probably about a quarter of a million people who claim to have seen that performance, but in truth it would have been around 1,000. It was one of those seminal moments in music. When we started to work with 1Xtra, that was preparing the ground for future headliners who wouldn’t be from a guitar background. There would be American hip-hop, of course, but our focus was on UK hip-hop and grime. So we’ve had Stormzy come through, now Dave. Now it’s part of the culture in those genres to play at Reading and Leeds, whether you are a headliner or just starting out.”

Dave will be our youngest headliner, that Friday night is going to be amazing

People often talk about new acts having ‘the Glastonbury moment’. What’s a Reading and Leeds moment?
“What every festival does is provide opportunity. What Reading and Leeds does is particularly special because of the age profile. It’s a young audience with a lot of passion. We give artists the opportunity to perform in front of fans that otherwise wouldn't be buying their tickets and to convert those people to fans who will buy tickets in the future. And the stage craft of performing in front of people has to be learned too. And the Reading and Leeds audience will certainly give you feedback. They tend to be… pretty honest. [Starts to laugh]”

That is an accurate, if diplomatic, description…
“I’ve been saying since 1989 that if you can crack the Reading and Leeds audience then you’ve got somewhere to go as an artist. Hold them and you can hold a live crowd anywhere in the world.”

Over the years, a lot of festivals have been criticised for the lack of gender balance in their line ups. You’ve made some steps in that direction. Was it a conscious choice?
“It’s been a conscious desire of mine for years and years. I went on my first International Women’s Day March in 1978. Having an equal line-up is something I am absolutely committed to. But the truth is, some years there are just fewer female festival headliners around than there are male ones. That isn’t because of the festivals themselves, it is because of what music has been written and recorded and published that year. Festivals are a reflection of what people are choosing to watch. As it happens, this year Halsey was available and Megan Thee Stallion was available and they both wanted to play. Will it happen in the same way next year? I certainly hope so. But you have to earn the right to headline Reading and Leeds and to put someone who isn’t ready up there, just because of their gender, could do more harm than good. As we have said, the audience tend to be pretty honest.”

You’ve had some criticism from the harder edges of the rock community too, people who don’t necessarily like the musical direction of the festival…
“Well, nothing stands still. Reading Festival very successfully went bankrupt in 1988 because it stood still. There were only 8,000 people at that festival. I got into Reading Festival because they’d run out of ideas, they kept choosing from the same shelf. It’s impossible for me to stand still in day-to-day life and impossible for me to stand still musically. There’s isn’t a festival I’m associated with that stands still musically. But some people just don’t like change.”

This year, Rage Against The Machine pulled out at short notice. But they were replaced with The 1975. What happened there?
“I’m shocked we got The 1975 booked so quickly. I mean we have a close relationship with Jamie Oborne and Matt Bates who represent them. And Matty and the band have been Reading Festival fans since, frankly, they were really too young to be here. We’d also been talking to them about arena shows. And they are touring in Japan at the moment, so they had a show ready to go. Jon Mac, who’s the music booker for Reading and Leeds, probably went 48 hours without sleep to get it sorted. And, look, we know The 1975 are a very different band to Rage, but you don’t really get much of a level of choice when a band cancels 10 days before a gig. Of course we will miss Rage, but I think having The 1975 is one of the most extraordinary things to happen to the festival.”

Reading and Leeds is perceived as the last big festival of the season. So, looking back, how has this summer been for Festival Republic?
“Incredible, one of our busiest years. We had the BBC Radio 1 Big Weekend back in May, then Liam Gallagher in Knebworth and Download and Wireless and Latitude. Then there were the Finsbury Park shows with Sam Fender, George Ezra. We did three Wireless festivals instead of one. It’s been an extraordinary year.”

Lots of people in the live sector have talked about the difficulty of finding staff. Have you experienced that?
“I’ve found overall that we haven’t been short. Yes, okay, I’ve had to get riggers in from Germany or the Czech Republic. I think that’s because the film and TV industry in Britain and Ireland is really rocking, it’s really busy. So those people haven’t really left the industry of entertainment. I haven’t been biting my nails about it. I mean, everything about creating a festival is a challenge. You’re always starting with an empty bit of grass.”

Finally, have you booked any headliners for next year?
“We have three out of six already in place. Which I am delighted about because it’s a testament to the event we have created. To have people you are interested in come and knock on your door is a great thing."