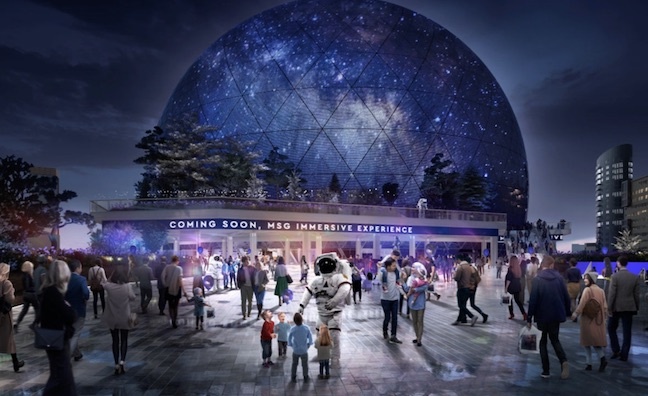 London is set to get a new arena venue.

The MSG Sphere in Stratford has been approved by planning authorities at the London Legacy Development Corporation, which oversees the Olympic Park site. The decision, which was made at a planning committee meeting last night, still has to be approved by the London Mayor.

Madison Square Garden Entertainment has described the Sphere as “a state-of-the-art music and entertainment venue that will pioneer the next generation of immersive experiences”.

But it has faced objections from some local residents, with more than 1,000 formally opposing the planning application. AEG, operator of The O2, also objected because of the Sphere’s proximity to the famous arena and entertainment complex four miles away in Greenwich.

Paul Westbury from MSG said the Sphere’s application had gone through a “thorough assessment” and that the venue would help make Stratford “a global destination for music and technology”, according to the Evening Standard. It remains to be seen if it will challenge the status of The O2 as one of the world’s most popular music venues.

Westbury said it would boost London’s economy by £2.5 billion and said the plans had been “informed by” feedback from residents.

The Sphere is set to feature huge LED advertising displays around the structure.

The decision follows news of other club and theatre venues in the capital, including the return of Koko and the launch of Outernet Live in the summer.