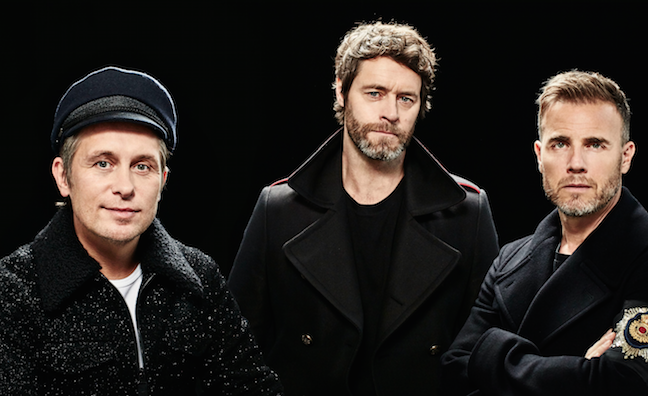 The band – traditionally one of the biggest-selling acts in the UK, and one which has provided two of the Top 10 biggest first week sales in UK chart history – usually release albums in Q4. But Polydor co-president Tom March told Music Week that there was great demand for a big release at this time of year.

“It’s the first time they haven’t had a record out at Christmas,” said March. “The next great hook was [Gary Barlow’s BBC talent show] Let It Shine. That was a great chance to create awareness and then there was a chance to really maximise Mother’s Day.

“Traditionally, you don’t get a massive uplift for Mother’s Day,” he added. “But as soon as we mentioned the possibility of the album coming around this time to retail, everyone got unbelievably excited. For the last few years, there hasn’t been a major album release around it so we had retail screaming at us saying, We’d love it then. Mother’s Day purchases traditionally come very late so we thought, Let’s time it right on the cusp and see if we can get another uplift.”

It won’t just be Mother’s Day boosting the band’s sales this weekend – Take That also have high-profile TV appearances scheduled on Comic Relief (doing Carpool Karaoke alongside James Corden) and Ant & Dec’s Saturday Night Takeaway. The band will also do a Facebook Live Q&A with The Sun’s Dan Wootton today.

“It’ll be a very tough race between us and Ed Sheeran for who’s going to be No.1,” said March. “And we’re up for the fight.”