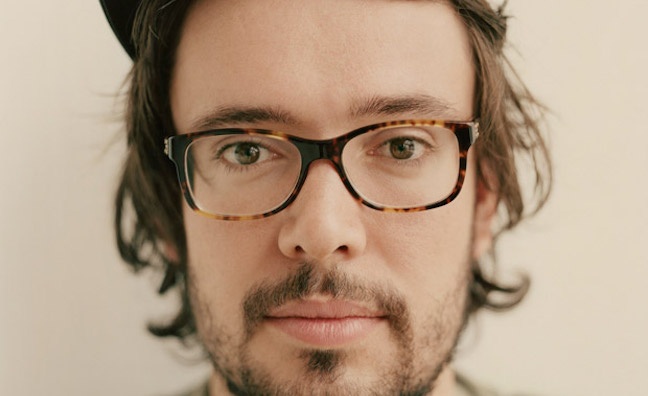 Ben Lovett will open a new music club and venue in London later this year.

The Mumford & Sons member and co-founder of live promotions and independent label Communion has taken on the lease for the Omeara premises, a new space within the Flat Iron Square in Borough, bucking the trend for venue closure in the UK.

He said: “I’ve been playing and putting on shows in London for my entire adult life. Without the grassroots music venues in this city, the band and I simply wouldn’t have achieved what we have, so I have a lot to be grateful for. Over the last few years, London has lost so many of its brilliant music establishments and I want to do what I can to try and reverse that decline. It’s early days right now, and we’ve got plenty of hard work to do before we even open the doors to Omeara, but I’m extremely excited for its future and what it can do for London.”

Omeara is a part of a new South Bank development called The Low Line, connecting Waterloo with London Bridge via a pedestrian walkway lined with common spaces and local businesses. Lovett is working alongside the Mayor of London, Sadiq Khan, to ensure Londoners beyond the live music community are made aware of what Omeara will bring to London’s spectacular nightlife.

Khan commented: “Growing London’s cultural sector is one of my core priorities, and this includes supporting grassroots music venues. These venues, which are the lifeblood of our music scene, are often under threat, so I’m delighted to see Ben Lovett opening an exciting new destination for live music fans.

"I know Omeara will be a massive success, helping fresh new talent to make their mark in the capital, and have their music heard. This type of initiative is exactly what the capital needs, especially at this time when I want to show that #Londonisopen to creative entrepreneurs like Ben, who are underlining London’s reputation as one of the best 24-hour cities in the world.”

Whilst the venue undergoes extensive renovation works and the installation of a state of the art, quality sound-system, Lovett is keen to position Omeara as more than simply a quality new gig venue, promising a wide array of programming, from indie club nights, to talk events, comedy, burlesque, magic and much more besides.

Lovett added: “It has always shocked me how such an important global capital shuts down so many of its doors so early at night. There are thousands of people who don’t work to standard office hours, or have to work long, late hours. That shouldn’t mean they miss out on having some fun with their mates on the dance-floor a bit later on in the evening. I hope Omeara can be a club that provides that, and celebrate the 24 hour nature of London that is impossible to ignore.”

Lovett, who also runs a bar in Brooklyn, New York, will lean on the experience and expertise the his Communion Presents promotions team (celebrating their 10th birthday this year) to handle the venue’s bookings. The first of Omeara’s events will be announced in September and will be using a brand new ticketing platform called Sky Tickets.

Mark Guymer, Sky Tickets director, said: “Sky Tickets is incredibly excited to be partnering with Omeara. Being more than just a ticket agent, Sky Tickets will help to grow the events and attract new audiences. Sky Tickets loves and has a proven track record in innovation, bringing event goers the very best experience - making each event a success.”