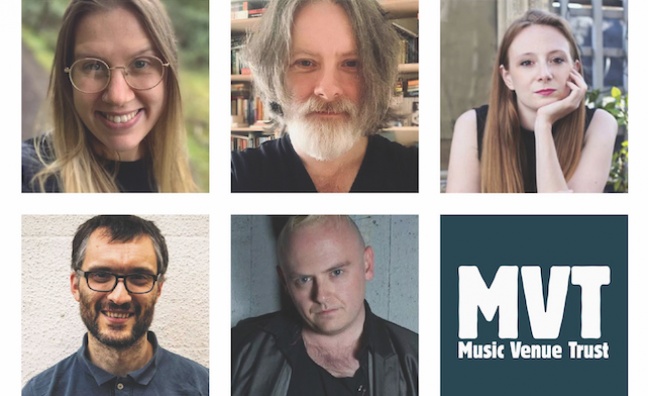 Music Venue Trust (MVT) is expanding membership of the Music Venues Alliance with the announcement of five key staff appointments.

Rebecca Walker has been appointed live projects coordinator. She joined MVT in March 2021 on a freelance contract to coordinate The National Lottery's Revive Live and will now report directly to MVT CEO Mark Davyd. Walker had previously spent 11 years at Sheffield's LeadmilI venue where she was senior promoter.

Jay Taylor and Sophie Asquith have assumed the positions of MVT coordinators (England). Both became freelance coordinators in April 2020 and worked to support venues in NW England and London respectively as part of a wider regional team until October 2021. Taylor has worked for the Musicians' Union, SJM Concerts, PRS Foundation, Sound City Festival and In The City Festival and has played a key role in the success of Manchester’s Night & Day Café. Asquith spent six years as general manager and booker at London’s Bush Hall.

Both will report to Clara Cullen, venue support manager, and will work with her and Beverley Whitrick, COO, to appoint and develop a team of coordinators across the UK.

Otridge started working as a promoter in Bristol venues 20 years ago. This eventually led to becoming the owner of The Croft and then a new venue, Exchange, in 2012, and in 2019 spearheading a community ownership campaign to help ensure its longevity.

Chris Sherrington, who previously held the freelance position of MVT coordinator for NE England, has been appointed policy and strategy support officer. Sherrington has been involved in live music and club nights for over 20 years, the last six of which have been running his own venue, The Fulford Arms in York.

Beverley Whitrick, COO of Music Venue Trust said: “These permanent appointments of amazing colleagues who have already proven themselves invaluable members of the grassroots music community during an incredibly challenging period for the sector will take MVT’s ability to innovate, advocate and coordinate to a new level. All five bring proven experience, skills, insight and passion to our team and we are delighted to welcome them on board.”