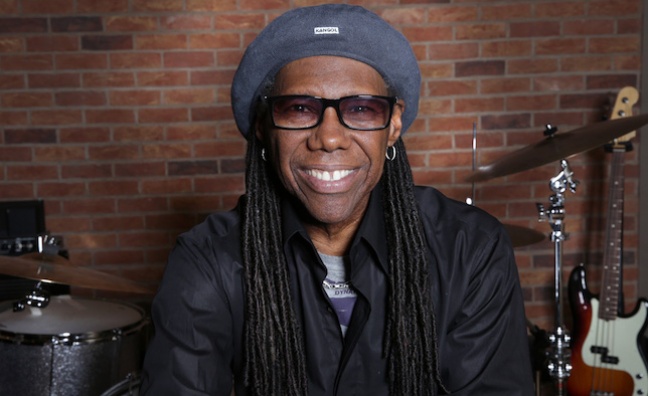 The interview will take place during, according to the press release, "what might be one of the biggest Breakfast Meetings ever to be staged at the conference". The (Late) Breakfast Meeting with Nile Rodgers is on Thursday, April 28 at 16:50.

ILMC 34 will take place from April 26-29, and the conference will return to its longstanding home, the Royal Garden Hotel in Kensington, which reopened in early April following an extensive refurbishment.

Rodgers has worked with some of the biggest names in contemporary music, including David Bowie, Madonna, Diana Ross, Duran Duran, Daft Punk and Lady Gaga. As well as co-founding Chic, he has written, produced and performed on albums that have sold over 500 million units worldwide. In 2018, he co-founded Hipgnosis Songs with Merck Mercuriadis.

ILMC head Greg Parmley said: “Between Hipgnosis, writing, recording, launching roller-skating pop-up parties, performing in support of the Ukraine crisis, and a huge summer of upcoming live shows, we’re honoured that Nile has found time to come over for ILMC. No one has as many different perspectives on the music business as Nile… It’s going be a truly memorable conversation.”

The International Live Music Conference has been the foremost meeting place for live music professionals worldwide for over 30 years. Over 1,000 delegates from 40 markets are expected to attend this year’s in-person event.

This year’s edition of the conference was rescheduled because of the rising number of Omicron cases around the world. It had been due to take place at the beginning of March, but was pushed back in light of the Covid-19 surge and the various national and travel restrictions across territories.

Full information about the conference including schedule, events and partners is at 34.ilmc.com.