'Ours is one of the best line-ups around': All Points East promoter on 2019's tough festival summer 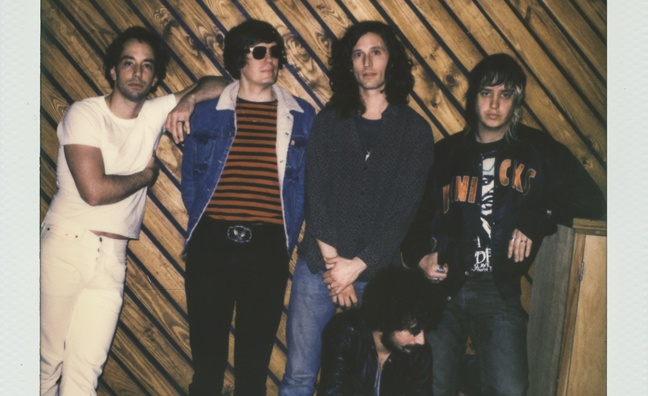 All Points East promoter Oscar Thornton has told Music Week that festival programmers have experienced “a distinct lack of headliners” in 2019.

All Points East enjoyed a successful first edition in London’s Victoria Park last summer and won the Festival Of The Year category at the Music Week Awards earlier this month.

This year’s event kicks off this Friday (May 24) with The Chemical Brothers, The Strokes (above) and Christine And The Queens set to headline across the weekend.

Thornton said All Points East, which is organised by AEG, “couldn’t have asked for a better first year” and is hoping to build on that success second time round.

“There’s a distinct lack of headliners out there,” Thornton told Music Week. “There isn’t that headliner that there was in 2018, so that’s made things a lot more difficult.”

Last year's All Points East was headlined by LCD Soundsystem, The xx, Bjork, The National, Catfish And The Bottlemen and Nick Cave & The Bad Seeds, and Thornton said there’s a marked difference across the market compared with 12 months ago.

“It’s definitely changed, and maybe that will change in 2020, but at the moment we’re still booking one of the best line-ups around,” he said.

Thornton acknowledged that the return of Glastonbury after a year’s break has affected the market.

“Glastonbury has come back into play and a lot of acts aren’t in cycle where they were last year, it’s luck of the draw,” he said. “It will change as we go forward but last year was a lucky one.”

Thornton said he’s “excited” for All Points East 2019 – which runs across 10 days from May 24 and will feature headline shows from Bring Me The Horizon, Bon Iver and Mumford & Sons.

“The Strokes is sold out, that’s looking wicked, Chemical Brothers is going to be a great show for us, Christine And The Queens we really believe in, she’s done an amazing job and we’re on for six amazing headline shows,” he said.

The All Points East contract with Victoria Park runs for a further four years.

“We’re trying to bring something new by booking a really deep line-up, which is really hard work,” said Thornton. “We’ll see what happens.”

Subscribers can read an interview with AEG’s Jim King about the 2018 edition of All Points East here.