Overnight news from around the world: Friday, July 29 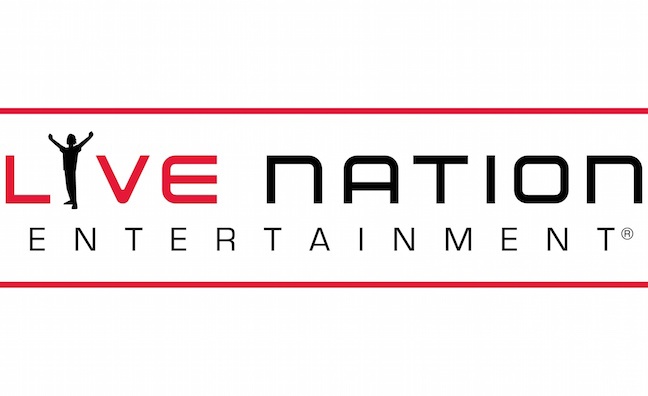 Live Nation delivered accelerated growth in the second quarter, with revenue up 23%, operating income up 76%, adjusted operating income (AOI) up 28%, and free cash flow up 22%.  Each of its core divisions - concerts, advertising and ticketing - contributed to the performance, with revenue and AOI up double digits in each business. Through mid-July the company sold over 50 million tickets for concerts that take place this year, 17% ahead of this point last year. As a result, in the second quarter it grew revenue by 26%, operating income by $25 million and AOI by 61% in the concerts business. After adding five more countries this quarter, Live Nation now operates in 27 countries worldwide. This quarter it extended its leadership with 14% growth in total global gross transaction value to $5.7 billion. Its ‘secondary product’ delivered gross transaction value growth of over 20% for the ninth consecutive quarter, and it is up 49% year-on-year in the second quarter, to over $300 million. Summarising the results, president and CEO Michael Rapino wrote: “After our strong performance in the first half of the year, we expect 2016 to be another year of growth and record results for the company. Based on our leading indicators in concerts, sponsorship & advertising, and ticketing, we expect revenue and AOI growth in each of these businesses and overall for Live Nation this year.”

The Amsterdam Dance Event (ADE) will take place this year from October 19-23. The organisers are expecting around 375,000 national and international visitors for the 21st edition. This year ADE introduces ADE Sleep/Over, a pop-up campsite located on the post-industrial site of the NDSM Shipyard, with over 400 rooms. ADE Sleep/Over is an initiative by Amsterdam Dance Event, Wink and the NDSM Foundation in collaboration with Camping De Lievelinge and CampSolutions, with its very own program, including music events, artist talks and contemporary art installations. Scottish electronic music pioneer Hudson Mohawke, LA collective Soulection, Grammy Award winner Om’mas Keith, Dutch MC’s Sevn Alias and Hef and more are among the first speakers announced for this year’s ADE Beats, ADE’s annual platform for hip-hop, bass and beats, which returns to the Melkweg. Plus, Raphael Aflalo, CEO and co-founder of My Love Affair, will share his insights on Thursday, October 20, during ADE Dance & Brands, the sub-conference dedicated to connecting brands with the electronic music scene.

Pandora is rolling out new live features in its app, including concert recommendations, show reminders and easy access to tickets. Using Ticketfly, which it acquired in October last year, when shows are announced or tickets go on sale, users will be notified via push notifications on their phone and feed alerts in their Pandora app. Live events will be recommended based on users’ listening profiles, with a concert digest email going out on a regular basis. ‘Hardcore fans’, according to Pandora, may special offers in those emails. “Pandora is redefining the music experience, and that includes live events,” said Tim Westergren, founder and chief executive officer of Pandora. “There’s nothing like the magic of a live show, and there’s nothing worse than missing your favourite band because you didn’t know they were in town. Pandora and Ticketfly are solving that with personalized and effortless access to live, local events.”

Anitta to perform the Opening Ceremony of Rio 2016

Musicians Gilberto Gil, Caetano Veloso and Anitta will perform at the opening ceremony of the Olympic Games in Rio on August 5 at the Maracanã Stadium. Anitta garnered fame in 2013 after releasing her debut single Show das Poderosas. In November 2014, she became the youngest Brazilian singer to ever perform at the Latin Grammy Awards. The Rio de Janeiro-born singer performed Bang, a single from her third studio album, which was released in the last quarter of 2015. Bang is a huge hit in Brazil, and its music video has been viewed more than 211 million times on YouTube. The Rio 2016 Opening Ceremony is expected to last about three hours. Maracanã's gates will open at 4:30pm local time, while the pre-show will begin at 7:15pm, before the official Opening Ceremony starts at 8pm and will come to an end with the lighting of the Olympic Pyre. Some of the most important parts of the night's activities are yet to be revealed.

Ahead of the launch of the 2016 Olympics, Spotify’s newest category, Rio, is offering playlists inspired by the city and sports. The playlists Aquecimento, Espírito Esportivo and Vencendo Obstáculos, for example, bring themes to liven up the crowd, while Levando a Bandeira brings the national anthems from the countries that will be represented in the games this year. Cidade Maravilhosa covers the best songs written about Rio de Janeiro. Brazilian professional athletes such as Rodrigues, Fernando and Luis Carlos Cardoso also contributed to creating the playlists. Other playlists include #021, which brings together the 21 most played artists in Rio, like Projota and Anitta.

Pop star Robbie Williams has launched his own emoji. New app RobbieMoji adds an exclusive keyboard of Robbie-inspired imagery to your smartphone or tablet. The app will include cartoon versions of Robbie based on the most popular everyday emojis, as well as the singer’s most iconic looks, lyrics, tattoos, GIFs and a range of videos - including his recent ‘floating cake’ trick. Available on both iOS and Android devices, RobbieMoji works with a huge range of applications, such as messages, email, WhatsApp, Messenger, Facebook, Twitter and Instagram.