Passport: Back To Our Roots campaign launched to support grassroots venues 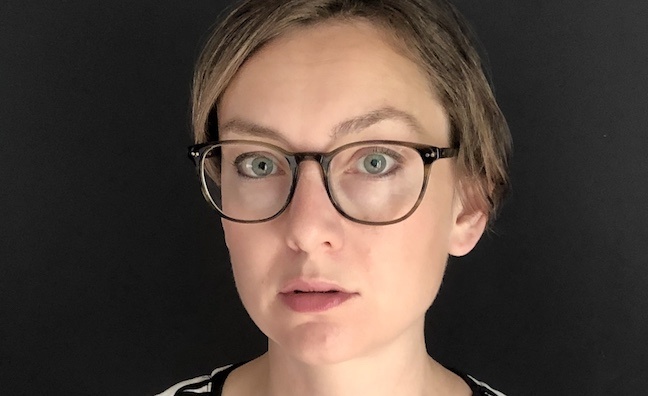 A new campaign has been launched to encourage established artists to support grassroots music venues.

The Passport: Back To Our Roots initiative is a nationwide series of exclusive shows encouraging established artists to perform a one-off intimate show at a UK grassroots music venue. Artists can nominate a venue that holds personal significance for them, or the campaign will help match them with a participating venue.

Organised in partnership with Music Venue Trust, the initiative is bidding to raise much needed funds to safeguard the futures of grassroots music venues struggling to survive the Covid-19 crisis. It is the brainchild of Sally Cook (pictured), director of operations at Manchester's Band On The Wall, and Stephen Budd, creator of War Child’s Passport: Back To The Bars and Passport: To BRITs Week series.

This project has been a long time in the making

Sally Cook, Band On The Wall

“This project has been a long time in the making and it’s incredibly exciting to see artists supporting the grassroots venues that form the foundation of the UK’s live music industry, acknowledging their importance and celebrating the unrivalled experience of watching your favourite bands up close and personal, surrounded by friends and united in appreciation for live music in all its loud and sweaty glory," said Cook. "I’m thrilled to partner with Stephen and Music Venue Trust to deliver this ambitious series of events all across the UK.”

Budd, founder and CEO of Stephen Budd Entertainment, added, “I’m delighted to help put this amazing series of shows together. I'm doing this on a not-for-profit basis as I did for the successful War Child shows I helped put together, using the same mechanism we created which has proved so workable and simple for artists and it won’t impact negatively on their own show plans.

"There is nothing like seeing your favourite artist in a venue that is closest to the artist’s hearts. These shows will be awe-inspiring for those fans who are lucky enough to win the prize draw and also a joy for the artists who participate knowing they are helping keep live grassroots venues alive."

Artists participating in the campaign will be announced in the near future. All shows will take place on a date to be confirmed, which will be dictated by the easing of Covid-19 restrictions on public gatherings. Entry to shows will be available via a prize draw, which launches on Monday, August 3 and will be run in partnership with www.crowdfunder.co.uk. For a £5 minimum donation to the campaign, music fans will be entered into a prize draw to win entry to the show of their choice for themselves and a guest.

A total of 80% of all money raised will go to the Music Venue Trust, which will distribute half of the amount to the host venue with the remainder going into their Crisis Fund, benefiting all venues in need of financial support. The remaining 20% will go to Inner City Music, the charitable organisation that operates Band On The Wall, which is responsible for the administration of the project and will cover its overheads. Any overage will go into the MVT Crisis Fund.

Mark Dayvd, founder and CEO of Music Venue Trust, said: “Our #saveourvenues campaign has been very successful so far in raising funds and awareness to support grassroots music venues who have been hit very hard in recent months, but we are not complacent and are under no illusions that there still many challenges to overcome.

'There remains lots of work to do to safeguard the future of our venues and Passport: Back to Our Roots is an excellent and timely initiative that will help keep a spotlight on what still needs to be done while raising desperately needed revenue. Live music will be back and when it is we are going to make sure it comes back with experiences people will never forget."

On Saturday, the government pledged £2.25 million of emergency funding to support UK grassroots music venues at imminent risk of collapse. The plight of the sector is explored in this week's Music Week cover story.