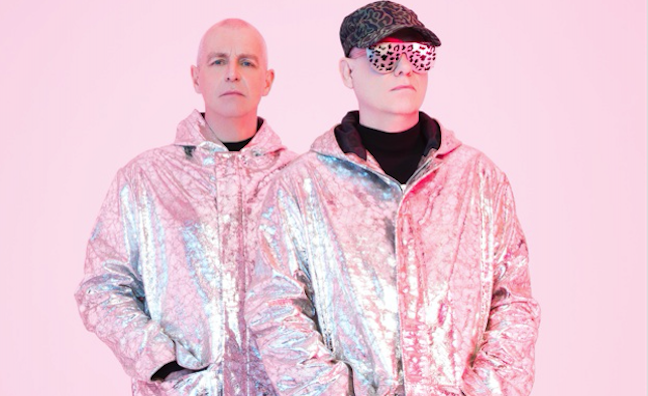 The line-up has been unveiled for BBC Radio 2 Live in Hyde Park, which takes place on Sunday, September 15 in London.

Pet Shop Boys will headline the 50,000-capacity concert, performing a selection of hits at their only UK show this year. The duo have received rave reviews for their Inner Sanctum touring production.

The gig will be broadcast live on Radio 2, which has a RAJAR audience of 15.36m. It will also be available via BBC Sounds.

Jeff Smith, head of music for Radio 2, said: “Following last year’s show where pop history was made as Kylie and Jason’s duet created headlines around the globe, listeners and viewers can look forward to another unforgettable show in Hyde Park.

“We are delighted to be welcoming an incredible line-up of world class artists and musicians who showcase the breadth of music played across BBC Radio 2. There’ll be something for everyone, including rock, pop, soul, country and dance music. I’m especially excited to see our headliners Pet Shop Boys perform, as they have created some of the most brilliant pop music of the past twenty five years.”

Pet Shop Boys said: “This is the only UK show we’ll be performing this year so it’s going to be a very special one!”

Francis Rossi, of Status Quo, said: “We’re delighted to be teaming up once again with the BBC for the Radio 2 Live in Hyde Park spectacular. It’s a wonderful line-up and we can’t wait to blast out those Quo classics to such a big crowd. I can’t say too much right now, but September will be a big month for the band, and what better way to mark that than with a huge show like this? Here’s hoping for lots of fun – and plenty of sun.”

Clean Bandit said: “Every time we go into BBC Radio 2 or play at their events we have a real good time and there is a brilliant energy. So happy to be playing live in Hyde Park with them for our last festival of the summer on Sunday 15 September.”

Emeli Sandé, who releases her Real Life album on June 21, said: “Radio 2 Live in Hyde Park is always one of the biggest live shows of the year in the UK, so I can’t wait to perform at this very special concert. It’s so important for me when I’m on stage to give a positive performance full of energy that people can share and feel connected with, so I’m going to be picking the songs that do that the best.”

On Saturday, September 14, Barry Manilow will be topping the bill at BBC Proms in the Park.