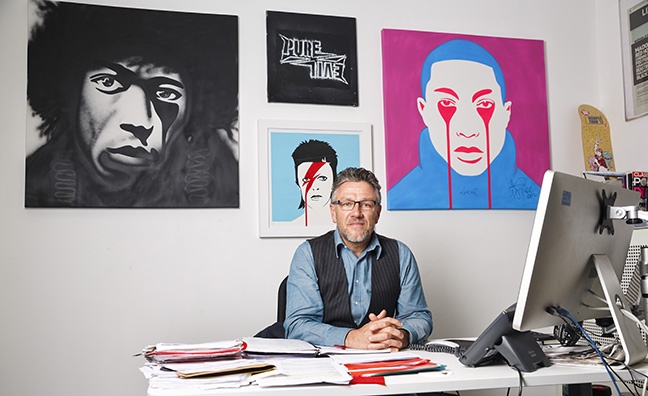 Kilimanjaro Live boss Stuart Galbraith has told Music Week of his hopes that full-capacity shows in the UK will get the go-ahead to resume next spring.

Speaking in this week's magazine, the Concert Promoters Association vice-chair revealed he had earmarked April 8 as the target restart date.

"We've got some big asks still of government and we really need to focus upon those," he said. "Number one is a date, when can we get going? And I think that we should be pushing for a date that is April 8. The reason I say that is a) it's immediately after Easter and b) I think government will be able to find that acceptable - I think it will fit in with political and society agendas. It's midweek, so it's not going to be a date you're going to see people go crazy on, like a Saturday, and we could ease into it."

Apart from a number of reduced capacity, socially distanced shows, the UK's live music industry has been in a state of paralysis since the live music shutdown in March. But in the wake of tightened Covid-19 restrictions by the government, Galbraith acknowledged a return to any sort of normality was still at least six months away.

"The announcements were really just playing out what we have been anticipating for the last two or three months," he said. "It's not realistic to expect we can open without social distancing, at full capacity, until the virus is perceived across society to be contained. And that full capacity gigs and mass gatherings are not only scientifically estimated to be safe, but are also accepted by the customer as having the confidence to come to those shows. So there's a fine line to tread.

"We need to be careful that we come out too early and annoy and anger customers. But at the same time obviously, for everybody's careers and livelihoods, we want to be out as fast as we possibly can - provided we've got the support of the ticket-buying public."

He continued: "I don't see that our opening will be until spring next year. These measures may be in place for up to six months and that takes us through to the end of March - and then you've got family-to-family contact across the biggest public holiday of the year, which is four days of Easter. So I genuinely don't think we're going to be seeing ourselves opening until at least the first week of April.

"Hopefully, as was the case this year, you're going to start to see things ease as we head into the spring, which is terrible, terrible news. But I think that's the reality that we have to face. What we now need to do is everything we possibly can to get every single company and every single employee through that period of time."

The concert business suffered a further blow last week when Chancellor Rishi Sunak's winter support package failed to address the specific challenges faced by the live music industry, and a central facet of the CPA's restart plan is to convince the government to agree to underwrite a reinsurance scheme for next year's shows.

"There is a document circulating in Westminster to garner political support for it," explained Galbraith. "We're asking specifically of government to co-fund a Covid-19 reinsurance scheme. At this point in time, companies are too worried to put anything on sale; it's too risky because, if a local or national lockdown comes in, everything we've invested will go because there is no insurance cover for it whatsoever. It's impossible to get that in the marketplace at the moment.

“What we've done with a collection of brokers and promoters is got the insurance market to agree, in principle, to partially underwrite a Covid insurance scheme - if we can get the government to co-fund it. If we don't have the confidence to get any shows on sale, nothing is going to happen and the lockdown, for us, will effectively last another year. So that's a direct ask that we're going to have of Treasury, DCMS and the Cabinet Office. We recognise that's going to take weeks or months to get put in place, but I think it's absolutely key."

Galbraith also called for an extension of the VAT cut for concerts from 20% to 5%, which is currently due to run until the end of March 2021.

"This will take up to three years for our industry to recover from a period of shutdown that's going to be over a year and we're going to need long-term help to achieve that," he added. "I think the government's introduction of a 5% VAT rate is brilliant and it will have a huge beneficial effect upon our industry. But the problem is, is that with it finishing on [March 31], it's going to have minimal effect because there is a very, very low number of tickets actually being sold at the moment."

Meanwhile, the #WeMakeEvents industry campaign is holding a silent protest in Parliament Square at 12.30pm today ahead of Wednesday's Global Day of Action. A #WeMakeEvents statement said: “With the increased restrictions that have been announced, it looks unlikely that we will be able to return to work in a financially viable way within the next six months.

"This means that the majority of businesses in our sector will not be able to generate sufficient revenue to support their contribution towards employees’ salaries, nor will they be able to contract in the huge self-employed community within the industry.”