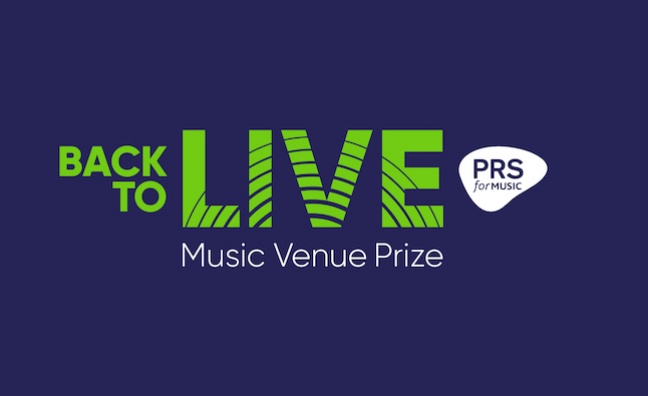 PRS For Music has launched its Back To Live Music Venue Prize in Scotland and Northern Ireland – a competition that will offer independent live music venues the chance to win one of six regional prizes of up to £10,000.

The scheme aims to help independent venues recover following the devastating impact of the Covid-19 pandemic.

The competition will run throughout the year and is open to independent live music venues that are not part of a national brand. Venues can be bespoke music venues or be part of another business such as a pub or bar, as long as they had an established standalone live music offering before the pandemic.

Judges are looking for live music venues at the heart of their communities, those for which the £10,000 prize will make a difference to the venue, music fans, and local music creators.

Stina Marie Claire, founder of Glasgow-based indie rock group Honeyblood, and Back To Live Music Venue Prize 2022 ambassador for Scotland, said: “Independent live music venues are so much more than just buildings to perform in, they provide a vital community space for music creators and audiences alike. There’s no better feeling than walking off stage after a gig and connecting with fans in person. I fully back PRS For Music’s Back to Live Music Venue Prize, as only good things can come from shining a light on the variety and uniqueness of the Scottish music scene.”

Ryan McMullan, Back to Live Music Venue Prize 2022 ambassador for Northern Ireland, said: “All the best gigs I’ve been to, have been in independent venues. They hold a different energy and invite up-and-coming acts to test their limits. My first headline show was in an independent venue. That gig taught me so many things, but the main takeaway was that it solidified my intentions of following a career in music, giving up the day job in order to pursue my dream. I fully support PRS for Music’s Back to Live Music Venue Prize.”

Stuart Fleming, senior relationship manager for Scotland & Northern Ireland, PRS For Music, said: “Back To Live Music Venue Prize puts the spotlight on independent music venues and the important role they play in championing music creators across Scotland. These venues not only offer an essential space for songwriters and composers to develop as performers, but provide an opportunity to showcase new music and build strong fan bases. We are excited to see music fans enjoying live music in a safe environment once more.”

Andrea Czapary Martin, CEO, PRS For Music, said: “Back To Live Music Venue Prize will shine a light on independent music venues across the UK. Venues play such an important part in the music industry ecosystem, with many featuring live performances by emerging talented songwriters and composers. We look forward to music creators once again taking the stage, and revelling in the joy that live music brings with it. Last year, we launched our 'On with the Show' campaign to support our members returning to performing live, this initiative builds on that to ensure we can joy that live music.”

To enter the competition, applicants must detail how the prize money would be spent, and what it would mean for their business to win. The judging panel will be made up of leading figures and representatives from across the music, arts, and hospitality sectors.