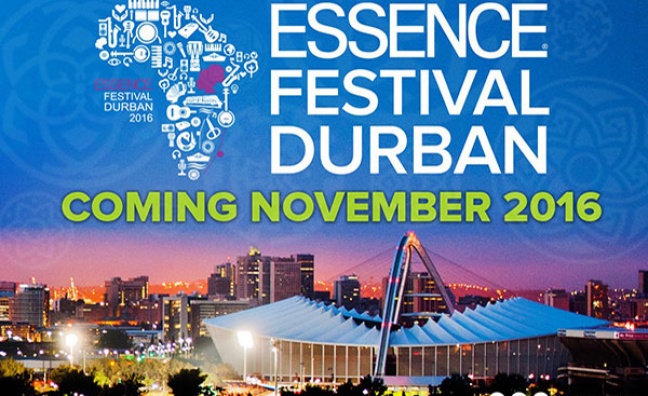 Essence Festival has teamed up with Rob Hallett, CEO of Robomagic, to co-produce its inaugural offshoot event in South Africa.

The music and culture festival takes place in Durban, South Africa from November 8-13 at the International Convention Center and the Moses Mabhida Stadium. Essence Festival is an annual event that started out in New Orleans in 1994 and has since gone on to become the largest celebration of African-American culture and music in the US.

Hallett will co-produce the event alongside Ben Moseme, CEO of C-Squared Group and Mike Fuller, managing director of Famous Concerts.

The event will feature international stars, such as Yolonda Adams and Ne-Yo, as well as homegrown artists including the likes of Wiz Kid, Black Coffee and Cassper Nyovest. Kelly Price, Estelle, Rev. Al Sharpton and Shaun T, meanwhile, are confirmed to give “inspirational talks” at the festival.

Hallett said: “The ESSENCE team have created an incredible event with a really important message. Through entertainment, they are inspiring and empowering hundreds of thousands of people around the world. Our goal is to repeat the success of New Orleans on an even bigger scale in South Africa. We’ve got some exciting plans for the next few years and I’m looking forward to being a part of the team growing the most important festival in Africa.”