Sigrid's live agent on building her fanbase at UK festivals 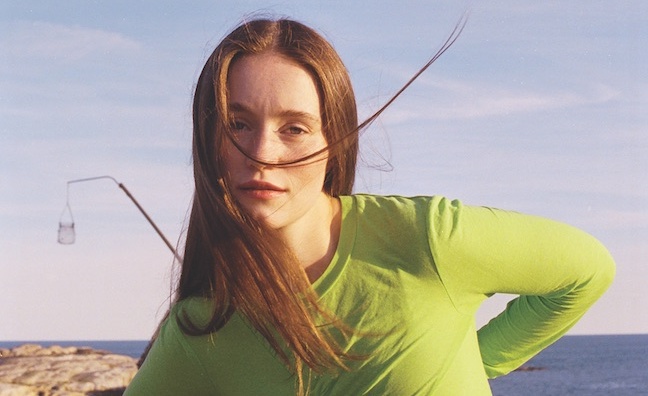 Sigrid is set for a high chart finish with her second album, How To Let Go (Island).

The Norwegian pop artist and recent Music Week cover star is playing outstore gigs this weekend for the release, including with Crash and Banquet.

Sigrid is now primed for a summer of festivals, followed by US dates and a UK tour in November, which includes her biggest ever show to date at SSE Arena, Wembley (November 12).

Island president Louis Bloom has already opened up about his ambitions for Sigrid.

How happy are you for Sigrid to get back on the road this year?

“I am delighted for Sigrid, her band and crew. She loves playing live and her show is a crucial part of the close connection she has with her fans. We have a brilliant year of touring lined up and I’m really looking forward to seeing it all unfold.”

Just how important was Reading & Leeds 2021 for Sigrid after such a long hiatus?

“Reading and Leeds were important for so many reasons. As well as being incredible performances, it was also an emotional moment for her to play again. Luckily the camera caught her reaction! Playing the main stage at each festival, they were the biggest stages she has performed on to date, and stepping up to that level is a big part of developing as an artist. Sigrid was unfazed, and by the end of that weekend had cemented her place as an essential UK festival artist.”

There were so many big live moments on the last campaign, are you expecting more of the same?

“We have brilliant shows confirmed, with festivals like Isle Of Wight, Trnsmt, Truck, Lollapalooza Stockholm, Sziget, Flow and Mad Cool. Her solo touring is expanding as well, with headline shows confirmed across Europe and the UK including dates at Wembley Arena in London and 3Arena in Dublin.

“One of our key aims in this campaign is to give Sigrid the platform to expand her fanbase beyond its existing core, so we’re taking her to new markets and audiences. For example, she is featuring on traditionally indie-leaning line-ups at Truck and Tramlines. One of Sigrid’s key strengths is that she’s one of very few pop artists who appeal to fans of indie music, and that’s something we really want to expand on. In Europe, she’s about to play her first shows in Italy, Austria, Czechia and Hungary. Touring is essential to convert casual listeners into real fans.”

Finally, what will the new songs bring to her set?

“Sigrid has an amazing stage presence which has shone through from the start. Now, she can combine charisma, exuberance and perfect vocals with confidence in her stage craft. It has been one of my greatest professional pleasures watching Sigrid’s live show develop into the barnstormer it is today. Behind the scenes, her band, crew and management have worked tirelessly to add to the show and amplify it. Sigrid wrote songs like Mirror, Burning Bridges and It Gets Dark with her live show in mind, so when they are added to the set it is going to be unstoppable."

Our interview with UTA’s leadership team is here.