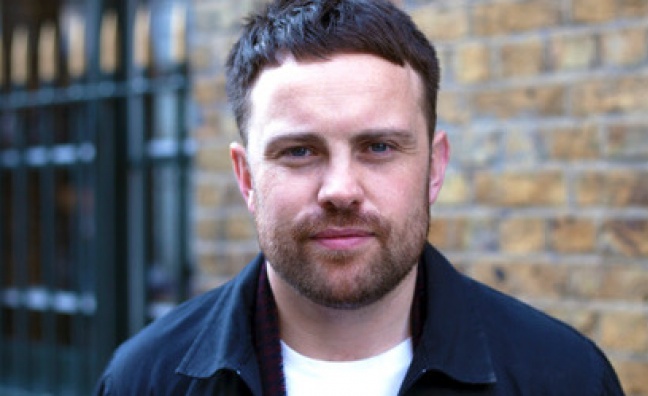 Welcome to the latest edition of Six Questions With..., a regular short and sharp interview with a live music figure. Email jhanley@nbmedia.com if you would like to take part or recommend someone for inclusion.

What was your first job in the music industry?

When I first arrived in Newcastle for University, I had a real urge to get involved in the scene and my first job was flyering for the club night Wax On. Face to face promoting is something I actually love doing, it’s something we did for the first couple of years of the festival outside south London tube stations in the very early mornings. It’s a great opportunity to bump into people you haven’t seen in a while and tell them about your event, it’s something I think is really over looked in the current climate of paid spend/social media, but you just can’t beat some face to face time.

How long have you been in your current role?

I’ve been festival director of GALA since January 2016. I’d been in talks with Lambeth Council over potentially using the site in Brockwell Park for a festival. I met up with Giles Napier, who I’d put on some successful shows with in Newcastle, and he and I fancied our chances down here. Giles quit his job and then GALA was born, and we quickly found out running a club show is a very different prospect to festival in a London Park.

What is your favourite thing about working in the live music industry?

My favourite thing and the reason I do my job is because I’m passionate about creating amazing events and experiences for people. Promoting is innately quite a self-absorbed job as your essentially curating events which you personally feel passionate about and hopefully will be well received. When something which you wholeheartedly care about, spending months deliberating every eventuality and detail is a success and you can see the joy on people’s faces at the end of the day, it’s an immensely satisfying feeling. There’s very much a quiet contentment and your reminded why you go through all the trials and tribulations that come with the territory of producing live events.

What is the one thing you would like to change about the business?

Something that’s not exclusive to our sector but is definitely evident, is that where quality of delivery and integrity increases, profitability decreases and can often be zero if not leave festivals in the red. The perception of value of festivals and essentially what people are willing to pay should be in line with the blood sweat and tears that go into creating experiences that create life long memories, yet can cost the same as a trendy jumper.

What has been the highlight of your career so far?

Most definitely the highlight of my career was GALA 2018. If you ask any promoter establishing a festival is a tough ask and usually a three-year game. GALA 2018 was our third festival and it really felt like 10 years’ experience in the industry came together for one special day. The festival's production was nailed, we had the weather, the sound was great and we had some really special sets from the likes of Honey Dijon, Midland, Maurice Fulton with Derek Carter closing the main stage with (Queen – Another One Bites The Dust). We had some amazing comments from people in the industry and its really set up GALA 2019, were over halfway in tickets pre line up and expecting just shy of 20,000 people across GALA and Kerbs – Jam On The Rye, on the Monday.

What's the best gig you’ve ever been to?

I’m going to go with something more pertinent here because my favourite club in the world is closing after 20 years this weekend. So, any of the numerous nights I’ve spent at Mint Club Leeds under that lighting system which can change the mood at the flick of a switch and one of the best examples of a purpose built Funktion One in the world. I’m making the pilgrimage up there this weekend for one last dance and to quote them “we close when we close” get me on the Northern Line.