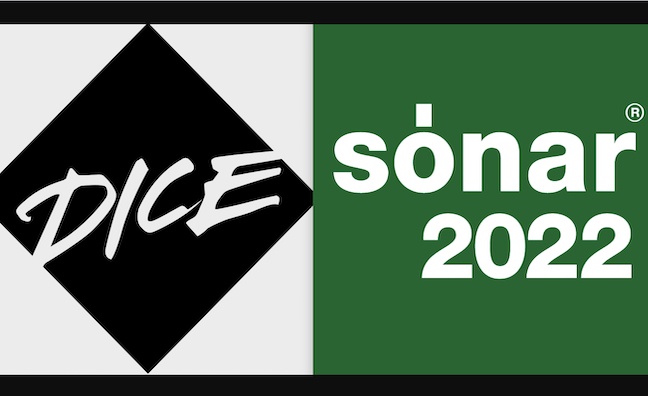 Sonar Festival has chosen Dice as its exclusive ticketing partner.

The multi-year deal will see Dice power all tickets for Sonar’s flagship Barcelona Festival, kicking off with next year’s edition in Barcelona on June 16-18, 2022.

Sonar has already announced more than 50 artists for 2022, including The Chemical Brothers, The Blaze, Eric Prydz, The Blessed Madonna, Richie Hawtin, AJ Tracey and Tiga.

Beyond ticketing, selected shows from the 2022 edition of the festival will be available to livestream via Dice. Sonar will benefit from Dice’s expertise and track record in livestreaming, having showcased over 6,000 livestreams, sold tickets in 178 countries and worked on exclusive events with the likes of Lewis Capaldi, Laura Marling, Nick Cave and Bicep, in addition to festivals including Iceland Airwaves.

Ventura Barba, CEO of Sonar, said: “Exploring the possibilities of technology to foster musical creativity has been part of Sonar’s DNA for the last 27 years. In this respect, Dice’s focus on innovation and independence to improve the ticketing experience for music lovers  makes them a natural partner for us”.

Andrew Foggin, global head of music at Dice, said: “We’re longtime fans of Sonar at Dice. The brand has cultivated a global reputation for its music, tech and arts programming, offering fans a truly unique cultural experience. We’re very happy to help bring Sonar to more fans around the world.

“By choosing Dice, Sonar are choosing to put their fans first all while offering their fans a best-in-class ticketing experience.”