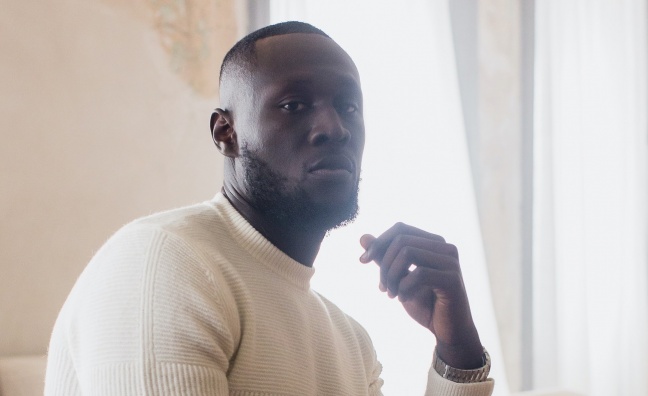 Stormzy has announced a hometown outdoor show for August 2023.

Ahead of the release of his third album This Is What I Mean on November 25, the Croydon MC has revealed plans to play Victoria Park on August 18 next year. He will headline and curate the line-up for This Is What We Mean Day, which is part of All Points East festival.

In an announcement video, Stormzy suggested that, after a rescheduled headline tour that included three sold out nights at London’s O2 Arena, he wanted to “do something bigger, something better, something different”.

“We were having back to back meetings, bouncing ideas, then it hit me, I started jotting down ideas… live band, we need a live band,” he added. “A summer time thing, outside, for the people. This Is What We Mean Day. Hard.”

Further line-up details are yet to be announced, while pre-sale tickets are on sale from 10am November 15, with general sale beginning on November 17 at 10am. Priority access will be given to those who pre-order the new record from Stormzy’s online store.

Stormzy launched his comeback with the epic video for Mel Made Me Do It. The first song to be taken from the 12 track This Is What I Mean is Hide & Seek, which has so far peaked at No.7 in the UK and has 87,459 sales to date, according to the Official Charts Company. Stormzy has 10 million monthly listeners on Spotify.

The album is the first major release on 0207 Def Jam.